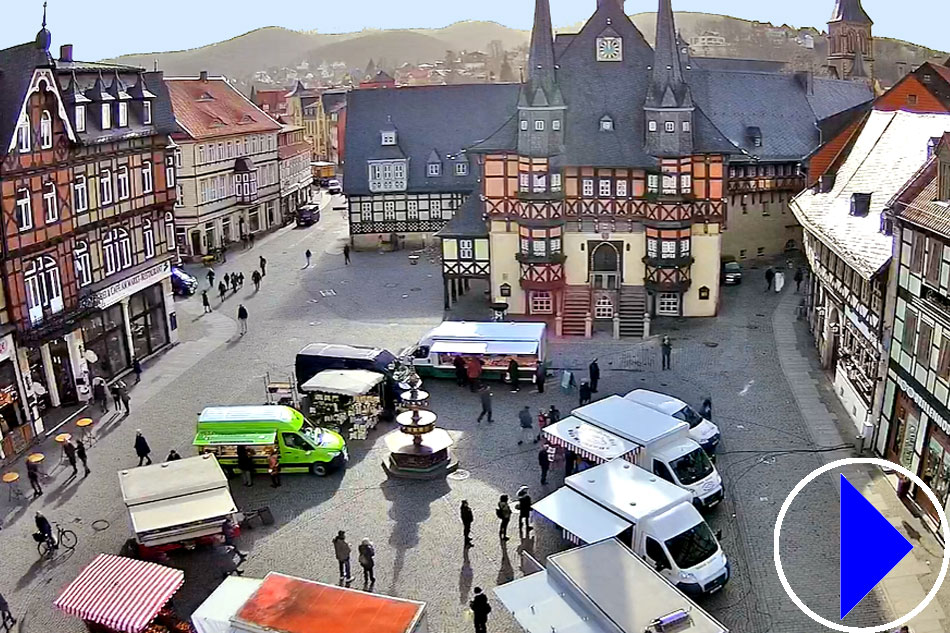 Live Webcam in Wernigerode in Germany


More info: Wernigerode is a town in the Harz district, Saxony-Anhalt and lies at the confluence of the Holtemme and Zillierbach rivers, north of the Harz Mountains and southwest of Magdeburg.

Wernigerode has several interesting Gothic buildings, including a fine town hall with a timber façade, dating from 1498. The picturesque old town is characterized by its half-timbered houses, including the medieval Town Hall and the leaning Crooked House. Wernigerode Castle overlooks the town and houses a museum.