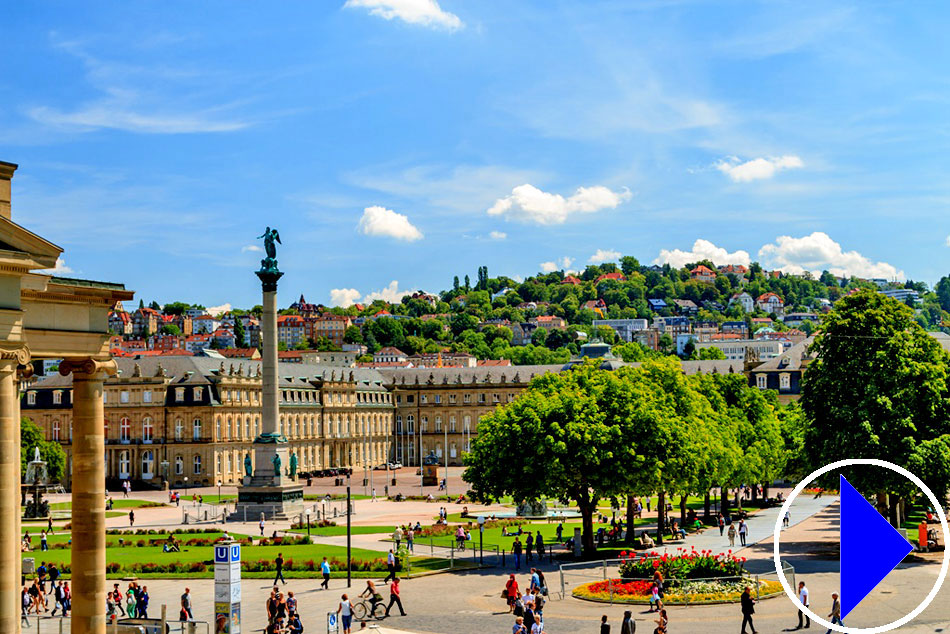 
More info: Stuttgart is the capital of the state of Baden-Württemberg in southwestern Germany and the sixth largest city in Germany. It sits alongside the Neckar River, between the Black Forest to the west and the Swabian Alp to the south.

The city centre of Stuttgart was almost completely destroyed during World War II, and the rebuilt city has a mix of modern and historic architecture. The Fernsehturm ( television tower ) was the first concrete television tower in the world. It stands at 217m and is visible from all over the city and has influenced the design of other television towers around the world.

Considered as the birthplace of the petrol powered motorcar with an impressive history in car manufacturing. Pioneering engineers Gottlieb Daimler and Carl Benz were both born near Stuttgart. Although the two men never actually met, their companies, Benz & Cie. and Daimler-Motoren-Gesellschaft (DMG), joined forces to create Daimler-Benz AG in the 1920s.