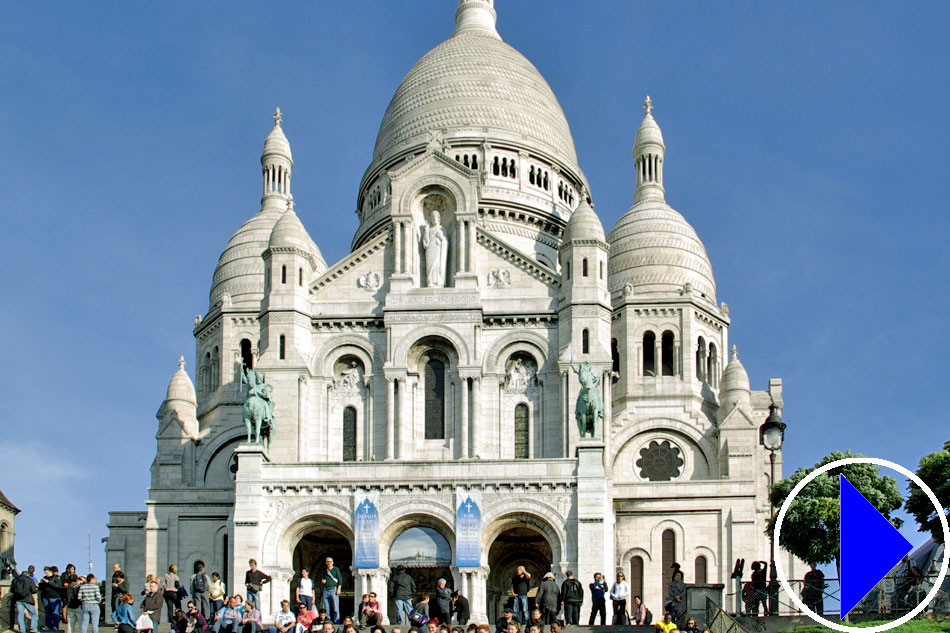 
More info: Sacre Coeur is the highest point in Paris. Construction of the Basilica began in 1875 and it took nearly 39 years to be completed.

From a distance Sacré-Coeur appears to be perfectly white. The reason for this is due to its construction with a particular type of limestone called “travertine.” This type of stone actually cleans itself when in contact with water because of a substance it releases called “calcite.”

The main bell (there are 5 in total) inside the basilica is the fifth largest in Europe and weighs around 18,835 kg. A total of 28 horses were needed to bring the bell into the church when it was installed in 1895.

As well as the magnificent exterior, the interior of the Sacre Coeur is equally stunning. The church is home to a colossal mosaic that measures 475 square meters, extending over the apse ceiling. It is the largest mosaic in France and one of the biggest in the world. Made in 1923, the mosaic is called “Christ in Glory” and represents the sacred heart of Jesus Christ.