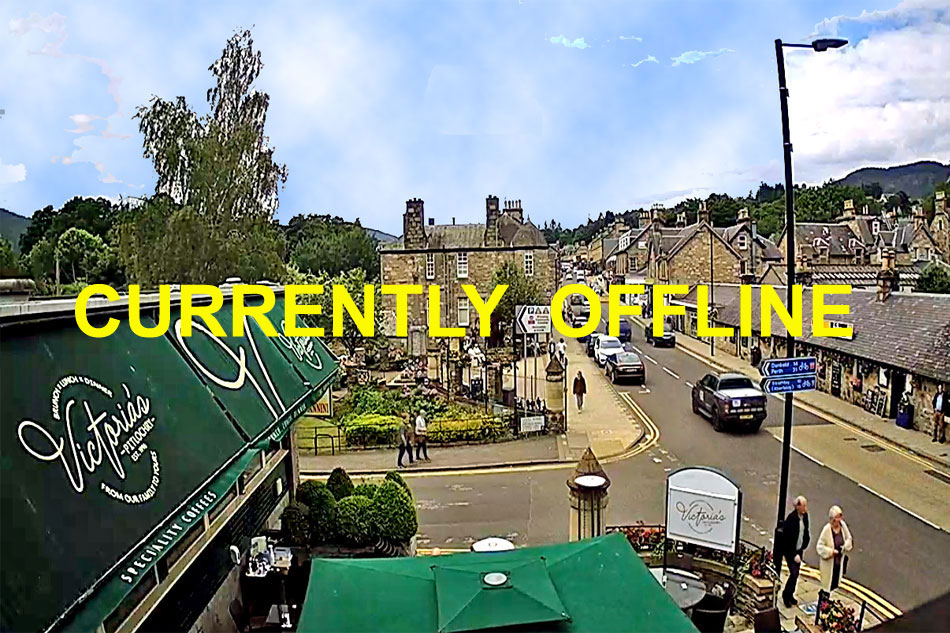 More info: The small town of Pitlochry lies on the River Tummel in the county of Perthshire in Scotland. The river Tummel is a tributary of the River Tay and is well known for Having Scottish salmon in spring and early summer.

Pitlochry Salmon Ladder was built as a way to keep salmon moving through the river Tummel after the dam was built to provide hydro electric power. .Sitting right next to Pitlochry dam, thousands of people visit the salmon ladder every year to see Scottish salmon leap up the small pools to reach their birthplace.

Pitlochry is largely a Victorian town, which developed into a tourist resort after Queen Victoria and Prince Albert visited the area in 1842 and bought a highland estate at Balmoral, and also after the arrival of the railway in 1863. The town has retained many stone Victorian buildings, and the high street has an unusual period cast iron canopy over one side.