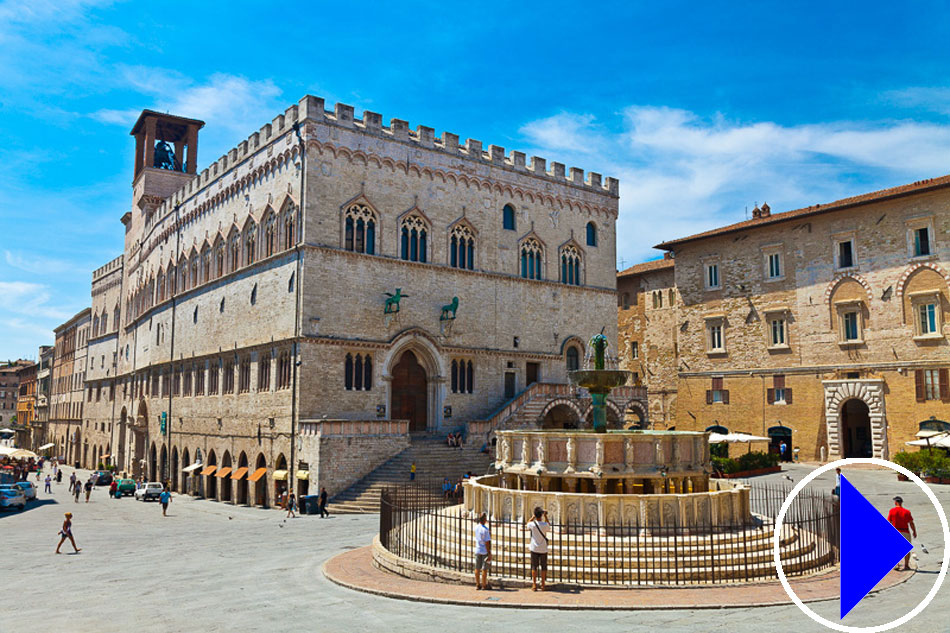 
More info: Perugia is the capital city of Umbria, in central Italy. The region of Umbria is bordered by Tuscany, Lazio, and Marche.

The town's principal street called Corso Vannucci, is pedestrianised and leads to the main square, Piazza IV Novembre. A grand thirteenth-century fountain known as the Fontana Maggiore is the square's centrepiece. The town's cathedral, the Duomo or Cattedrale di San Lorenzo has a baroque facade and Roman ruins below, but dates mainly from the fourteenth and fifteenth centuries. The cathedral museum contains some of the finer artworks from the church, including an altarpiece by Luca Signorelli.

Other sights in Perugia include a 36-metre deep Etruscan well (Pozzo Etrusco), the Rocca Paolina fortress, a museum of the city walls and gates, a Roman mosaic within the university buildings on Via Pascoli, various appealing churches from different eras and the Botanical Gardens outside the Porta San Costanzo.

Perugia is famous for its chocolate which is popular in Italy and widely exported. The factory located in San Sisto (Perugia) is the largest of Nestlé's nine sites in Italy.