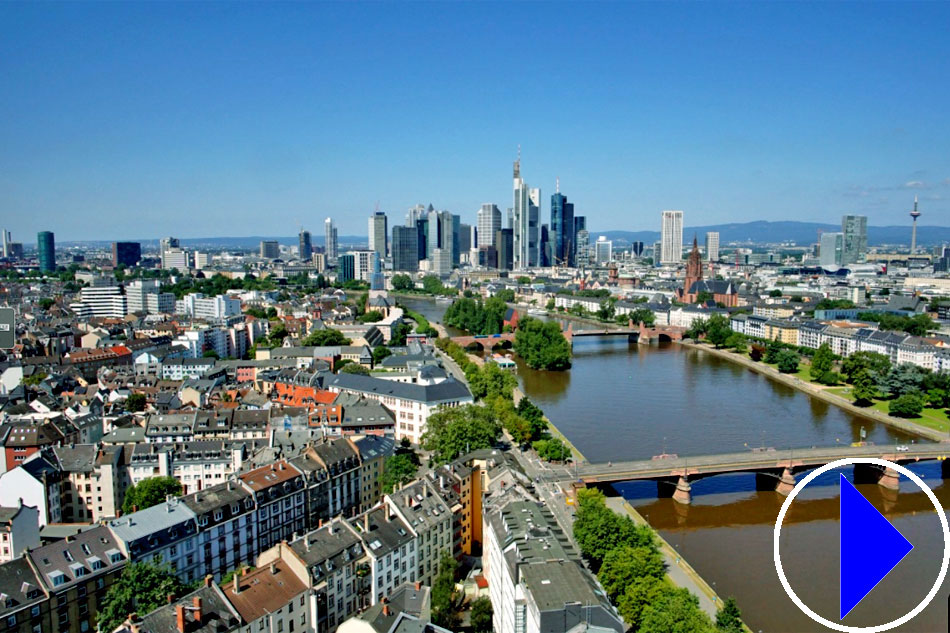 View of the City of Frankfurt


More info: Frankfurt is the fifth largest city of Germany and is also known as ‘Mainhattan’ , since it is located along the river Maine and has some striking skyscrapers - the tallest one is the Commerzbank tower whit its 260 meters. Frankfurt is a major financial hub and is home to the European Central Bank and is the site of many global and European corporate headquarters.

Frankfurt was given its name by Charlemagne, the King of the Franks, who ruled over parts of modern France and Germany in the Middle Ages. After winning a battle against the Saxons, he decided to commemorate his victory and named the place as the ‘Ford of the Franks’ or Frankfurt.

The Old Town area of Berlin was almost totally destroyed by bombs during World War II. Many of the old buildings seen today around Romerberg have been reconstructed, and the work still continues. Romerberg is Frankfurt's most important and oldest place of the city which has been the place of celebrations and executions, festivals and fairs for more than 1000 years.

The Frankfurt Christmas Market is one of Germany’s largest and the scenic surroundings on the Romerberg and St. Paul's Square make it one of Germany's most beautiful.

’Hot Dogs’ which are also known as ‘Frankfurters’ derive their name from the city itself. Frankfurter Würstchen were sausages known since the 13th century and distributed to people during special events like imperial coronations. Today Frankfurters are enjoyed all over the world.