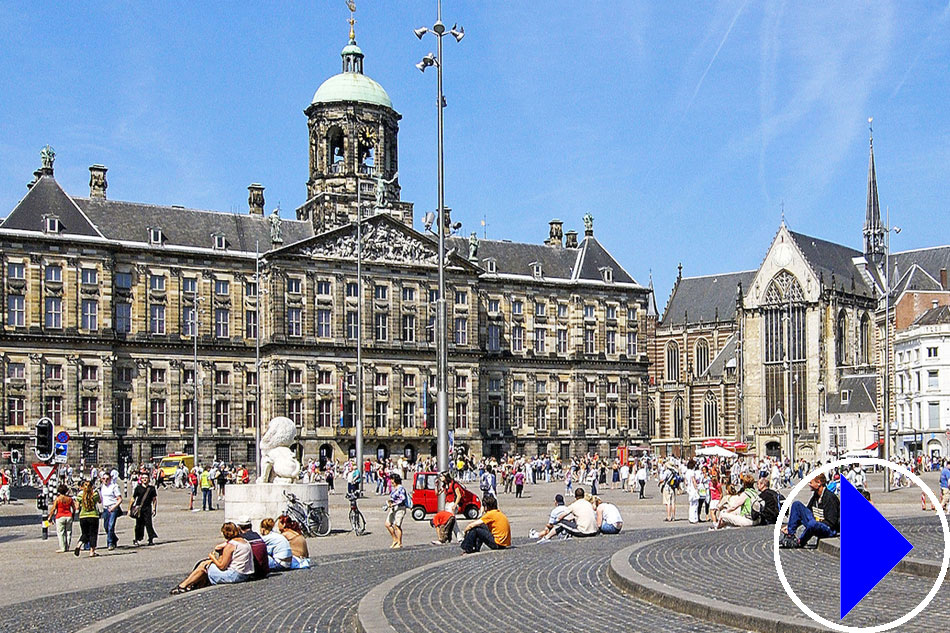 More info: Dam Square is located in the centre of Amsterdam. It is the historic heart of the city and was created in the 13th century when a dam was built around the river Amstel to prevent the Zuiderzee sea from flooding the city of Amsterdam.

Rising out of the eastern side of Dam Square is a 1956 limestone obelisk known as Amsterdam's National Monument. It serves as the site of a yearly ceremony observed on May 4 (Dutch Memorial Day) remembering World War II and Dutch fallen soldiers. On the west side, is the Royal Palace which although no longer home to the Dutch Royal family, this grand 17th century building is still used to hold official receptions. Also in the square is Beurs van Berlage, an old stock exchange building now used as a concert hall and an exhibition space as well as Madame Tussauds wax museum.

Apart from the striking buildings, there are food stalls, restaurants and shops galore, including the trendy Bijenkorf and Magna Plaza as well as the Amsterdam Diamond Centre.