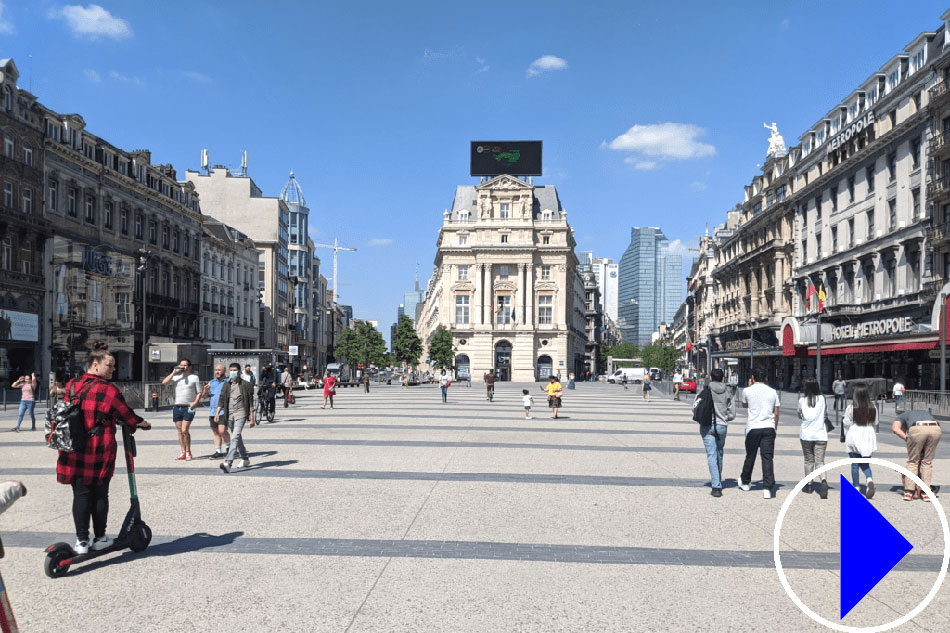 
More info: Place de Brouckère is a major square located in the heart of Brussels. The square was formed as part of major urban works in 1867 to 1871 when the river Senne was covered over

The area around the square has a large cinema, hotels and restaurants, as well as some of the city's most important entertainment venues and shopping streets.

The focal point of Place de Brouckère is the Hotel Continentalbuilt in 1874. It is an eclectic building well known to the people of Brussels being characterised by a large luminous Coca-Cola sign on its roof. This roof, which was originally topped with an imposing copper sculptural group representing The Feast by Louis Samain, was considerably simplified following a fire that ravaged the structure in 1901.

The eastern side of the square is home to the Hotel Métropole built in 1895 - a former five-star luxury hotel. It closed its doors in April 2020 after 125 years of continuous operation though its former brasserie, the Café Métropole, is still open.

On the south-eastern side, next to the metro station's main entrances, are two covered shopping galleries: the Anspach Gallery and the Mint Gallery.