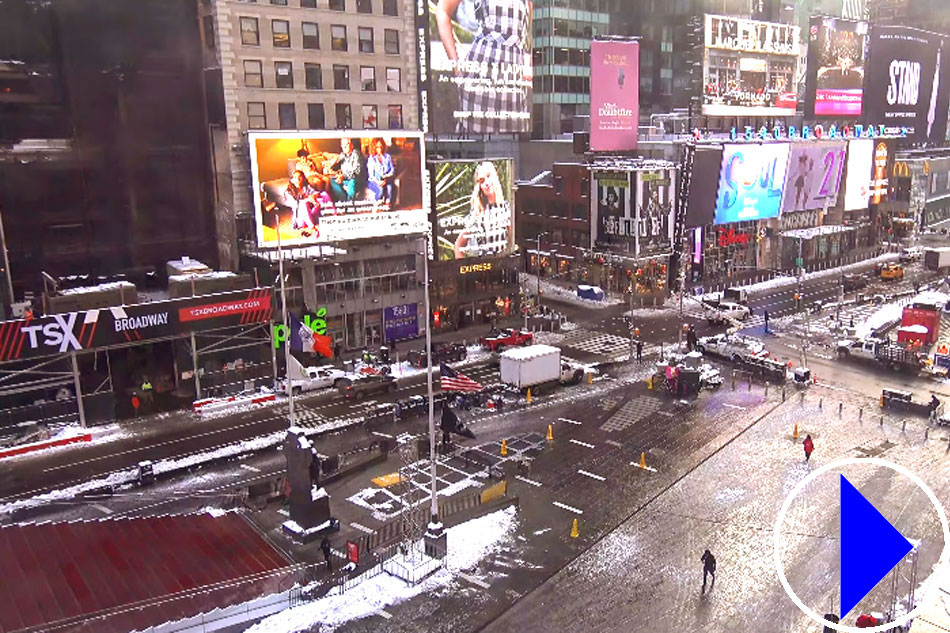 More info: The Square took its current name in 1904 when The New York Times opened its offices in the Times Tower on the square. Along with the introduction of neon signage in the 1920s, Times Square became the pioneer of electric signs and advertising. Among the square’s most famous signs were those depicting a huge coffee cup, out of which real steam rose, and a cigarette-smoking man, blowing steam-generated smoke rings.

Since the late 20th century the tenants in Times Square buildings have been required by law to display eye-catching signs which has resulted in todays 24 hour digital light extravagnza.