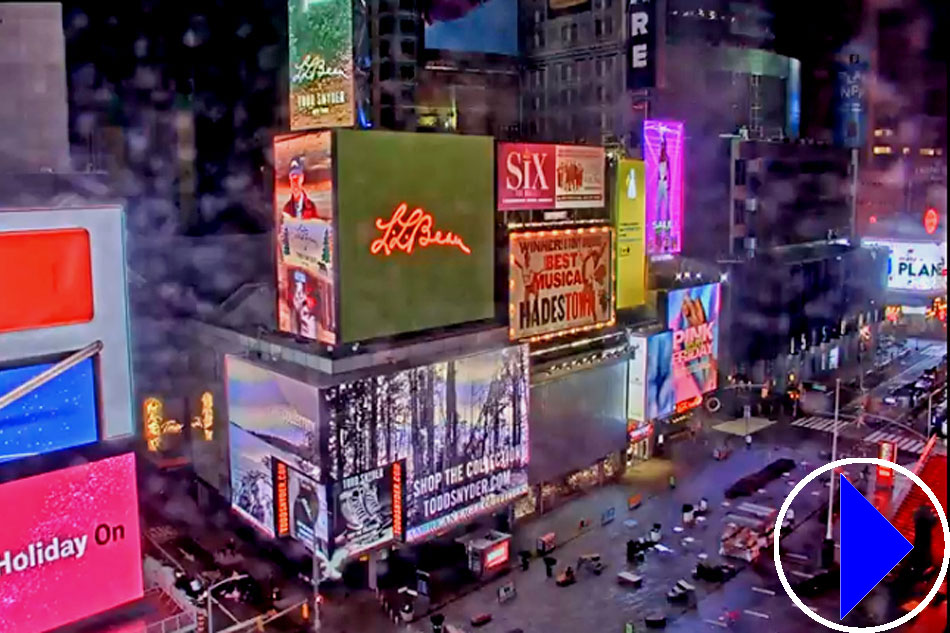 The NASDAQ sign at Times Square is the largest LED sign in the world with a height of 37 feet and it cost over $37 million to be build.

The first Times Square New Year's Eve ball drop was held on December 31, 1907 to welcome in 1908. Ever since, the ball drop has been held annually with the only exception the years of 1942 and 1943 in observance of wartime blackouts. On August 15, 1945, the largest crowd in the history of Times Square —an estimated 2 million people— gathered to celebrate US victory in World War II.