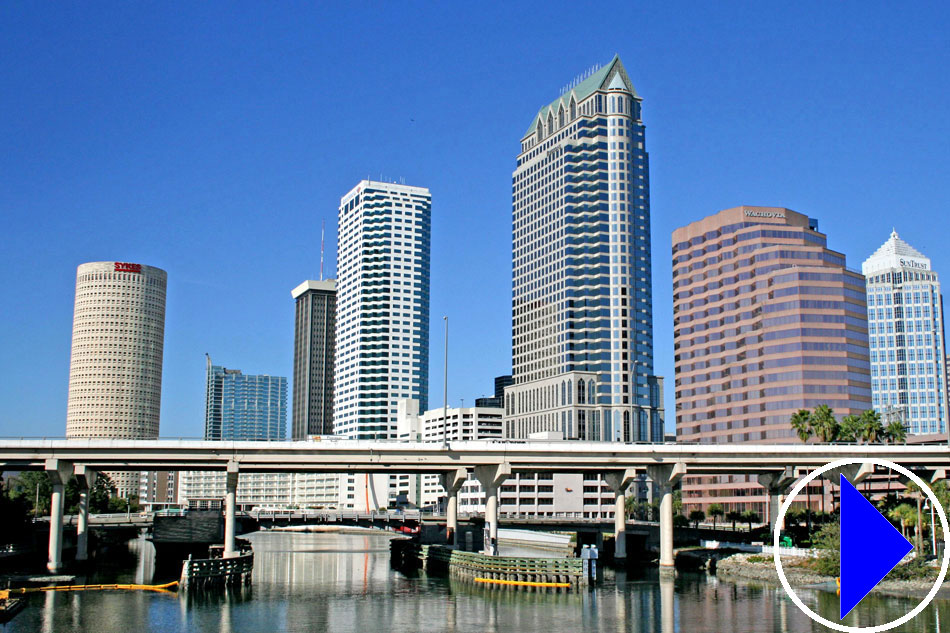 Live Webcam in Tampa in Florida


More info: Tampa is a major city on Tampa Bay along Florida’s Gulf Coast, in Hillsborough Couunty, Florida. Downtown Tampa is an area of high-rise office blocks, but Tampa also has historic old quarters, such as Ybor City and Old Hyde Park and Franklin Street is the pedestrian center of downtown Tampa with lots of shops, restaurants and bars. Bayshore Boulevard is the world’s longest continuous sidewalk, at 4.5 miles long.

The name Tampa is believed to come from the Calusa phrase “Sticks of Fire” more than likely because Tampa sees some impressive lightening every summer. This is also how the local hockey team got its name.

Ybor City is a historic neighbourhood and Latin Quarter just northeast of downtown Tampa. It was named after its founder – cigar baron Vicente Ybor. At one point in the 20th century, the cigar factory in Ybor was the world’s largest with more than 4,000 people hand-rolling 900,000 plus cigars per month.

The Tampa Riverwalk is a picturesque promenade which meanders around the waterfront and gives great views over the Hillsborough River. Along its length, there is a superb collection of public art that ranges from murals to sculptures. On the walkway, you also find key Tampa landmarks like the Tampa Museum of Art and the Florida Aquarium.

There are numerous museums in Tampa including the Museum of Science and Industry, the Henry B. Plant Museum, the Glazer Children’s Museum and the American Victory Ship and Museum.