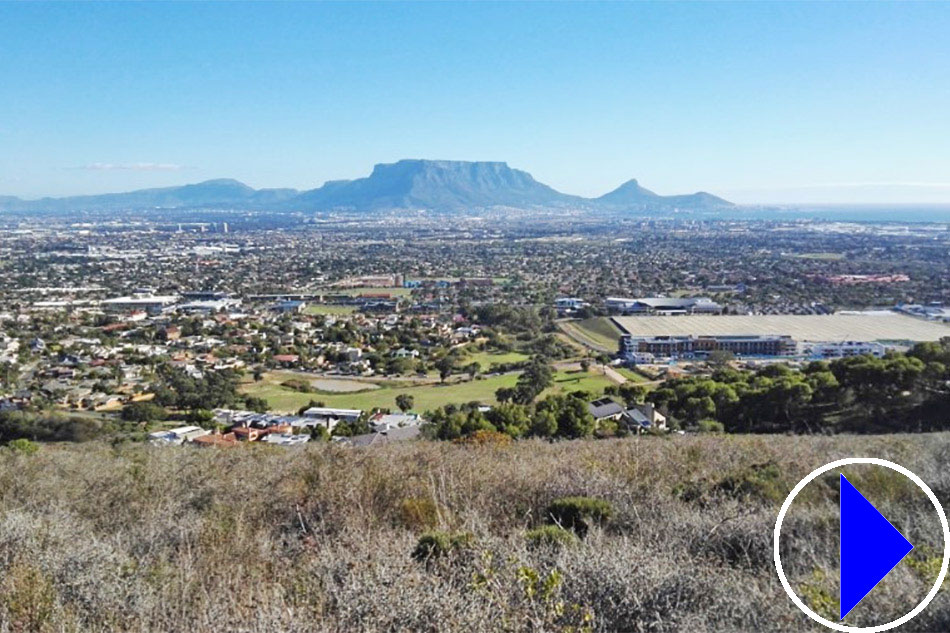 More info: Table Mountain is a flat-topped mountain reaching 1,086m above sea level and forming a prominent landmark overlooking the city of Cape Town. It is a significant tourist attraction, with many visitors using the cableway or hiking to reach the top. It is part of the Table Mountain National Park, and is home to a large array of mostly endemic fauna and flora.

The top of table mountain is a level plateau which measures about 3kms from side to side. It is flanked by Devil's Peak to the east and by Lion's Head to the west. The flat top of the mountain is often covered by orographic clouds, formed when a south-easterly wind is directed up the mountain's slopes into colder air, where the moisture condenses to form a covering - the so-called "table cloth" The mountain was given its name — Taboa do Cabo (Table of the Cape) - by Antonio de Saldahna after he climbed up Platteklip Gorge in 1503.

Leopards have not been found on the mountain since the 1920s. Nowadays, the biggest cat, though rarely seen, is the rooikat (caracal). The mountain is also home to dassies (rock hyrax), porcupines, mongooses, snakes, tortoises, and a rare amphibian called the Table Mountain Ghost Frog. Raptors found there include jackal buzzards, booted eagles, African harrier-hawks, peregrine falcons and rock kestrels.

The magnificent Kirstenbosch Botanical Gardens are found on the eastern foot of Table Mountain. Founded in 1913, the garden that spans an area of 1300 acres includes a unique conservatory with plants from different parts of the world.