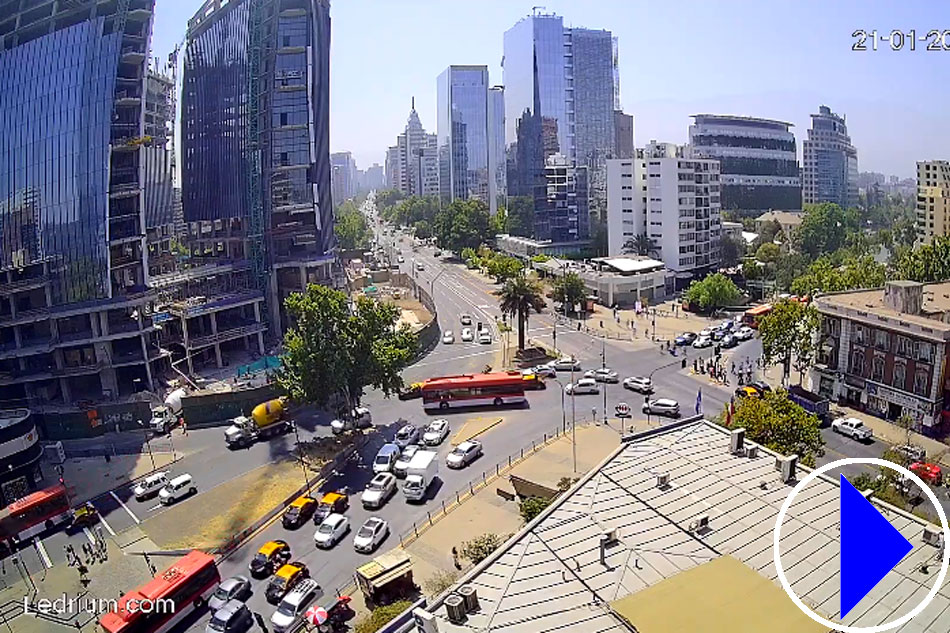 More info: The city of Santiago lies in a large bowl-shaped valley called the Santiago Basin. The city is flanked by the main chain of the Andes mountains to the east and the Chilean Coastal Range to the west. On the north, Santiago is bordered by the Cordón de Chacabuco, a mountain range of the Andes. At the southern border lies the Angostura de Paine, an elongated spur of the Andes that almost reaches the coast.

Santiago is the political and financial centre of Chile and is home to the regional headquarters of many multinational corporations. Santiago also has one of the largest stock exchanges in Latin America.

The Palacio de La Moneda is Santiago’s neoclassical presidential palace and still the official seat of government. It is one of Chile’s most famous buildings.

Plaza de Armas is the grand heart of the city’s old colonial core and is home to 2 neoclassical landmarks: the 1808 Palacio de la Real Audiencia, housing the National History Museum, and the 18th-century Metropolitan Cathedral - La Chascona which is the home-turned-museum of poet Pablo Neruda

The Santiago Metropolitan Park is one of the largest urban parks not only South America, but the whole world and is also home to the Chilean National Zoo.