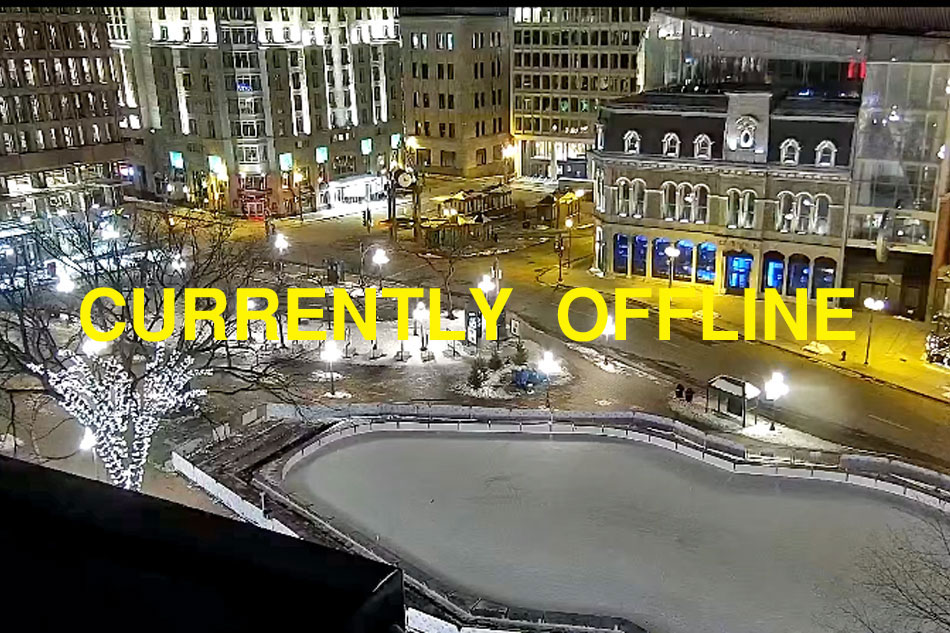 More info: Place D’Youville, also referred to as carré D'Youville, is a square located in the centre of Quebec City. It is situated on rue Saint-Jean, one of the oldest roads in the city and marks the boundary between the Quebec Parliament Hill and Old Quebec. The square is named in honour of Marie-Marguerite d'Youville, a French Canadian widow who founded the religious order known as the Grey Nuns of Montreal.

Part of Place D’Youville is transformed into a skating rink during winter months.