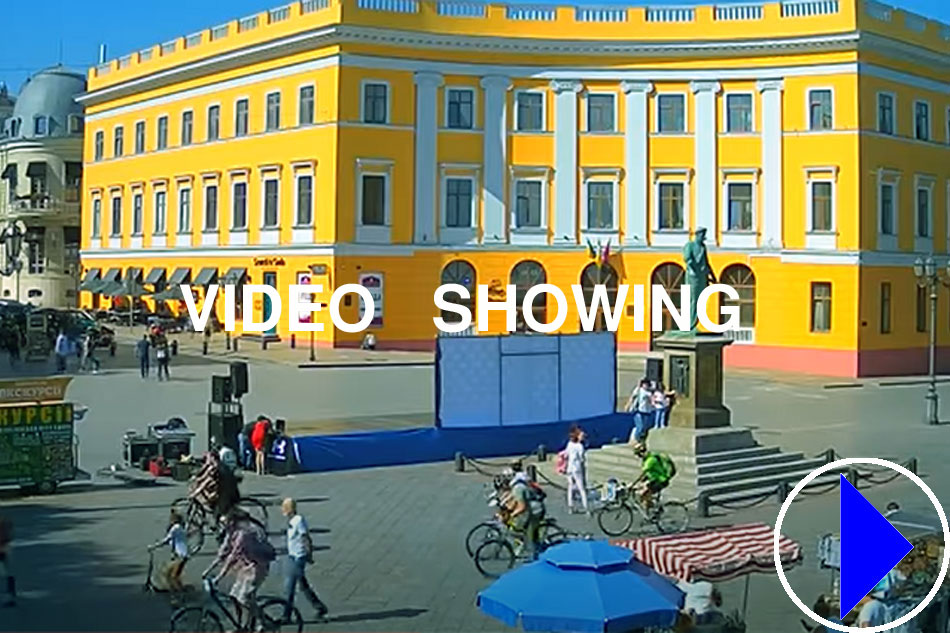 
More info: Odessa is a seaport in southwestern Ukraine, on the Black Sea coast and about 275 miles south of Kiev. Odessa is the main naval base of the Ukrainian Navy and the largest commercial sea port of Ukraine.

Primorsky Boulevard is one of the pleasantest promenades in Odessa and runs along the high bank over the port. In the middle of the Primorsky Boulevard are the Potemkin Stairs, which lead down to the port. At the top of the Potemkin Stairs, in the middle of the Boulevard, is the statue of the Duc de Richelieu, a descendant of cardinal Richelieu, the founder of the city and its first mayor.