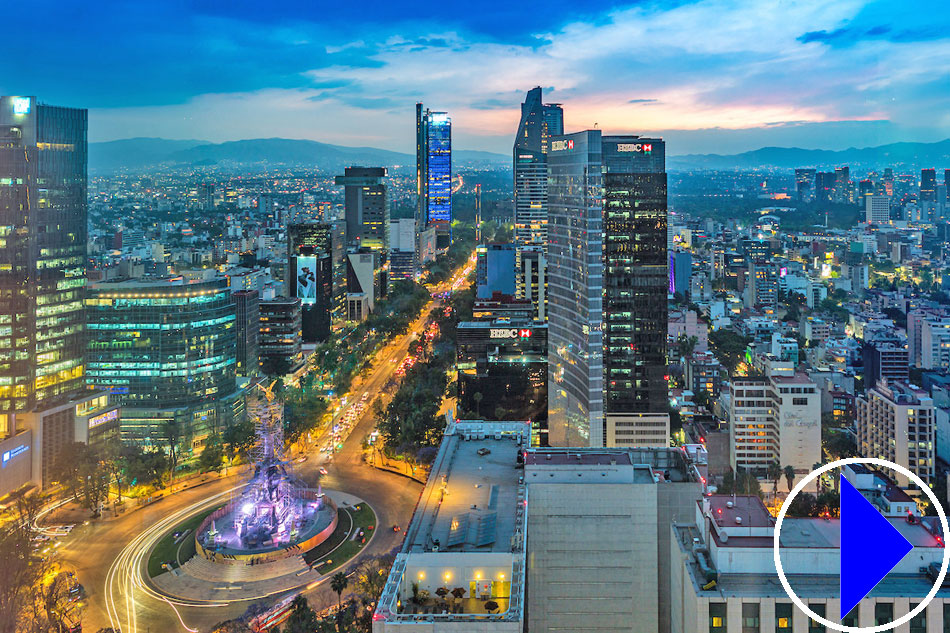 
More info: Mexico City has a minimum altitude of 2,200 mtrs above sea level and is situated in a valley surrounded by mountains and volcanoes which reach heights of 5,000mtrs.

Mexico City is the largest Spanish-speaking city on earth

The National Autonomous University in Mexico City (UNAM) is the oldest in the Western Hemisphere, opened in 1551 as the Royal and Pontifical University of New Spain. It was closed in 1867 during the dictatorship, and then reopened again during the Mexican Revolution.

Mexico city is slowly sinking at a rate of about 10 inches per year. This is because the city was built on a lake, and the city pumps draw water from this lake. In fact, Mexico City has sunk so much that it lost its title as the 7th highest city in the world to Yemen and now sits at number 8.