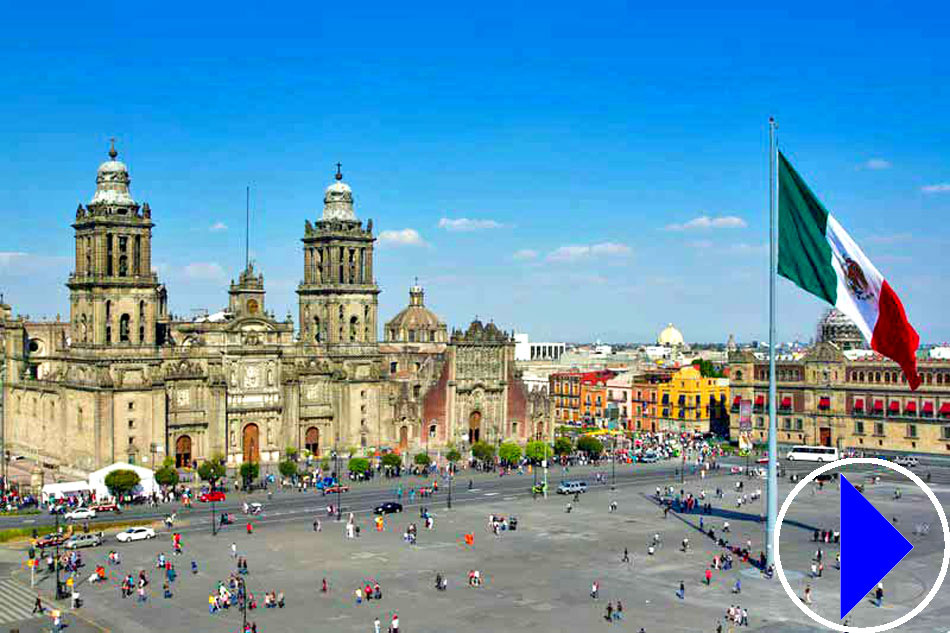 
More info: The Zocalo or Plaza de la Constitución is located in the heart of the historic centre of Mexico City and is the largest public square in Latin America.

The Zocalo is surrounded by the Metropolitan Cathedral of Mexico City, the National Palace, the Historic City Hall and a long line of shops in an arcade. the Government Building. In the center of the square is a giant Mexican flag - Mexican soldiers march out into the square at sunset to take down the flag.

The Zocalo has been the centrepiece of public gatherings since the days of the Aztecs. The site also hosts annual, widely attended religious events during Holy Week and for Corpus Christi.

The name Zócalo originated in 1843, when Antonio López de Santa Anna held a competition to see who would build a monument to commemorate Mexico's independence. Unfortunately, financial problems stopped the completion of the project, and only the base of the monument, "zócalo" in Spanish, was built, standing in the square for many years. The icon represents the silhouette of the Mexican national coat of arms.