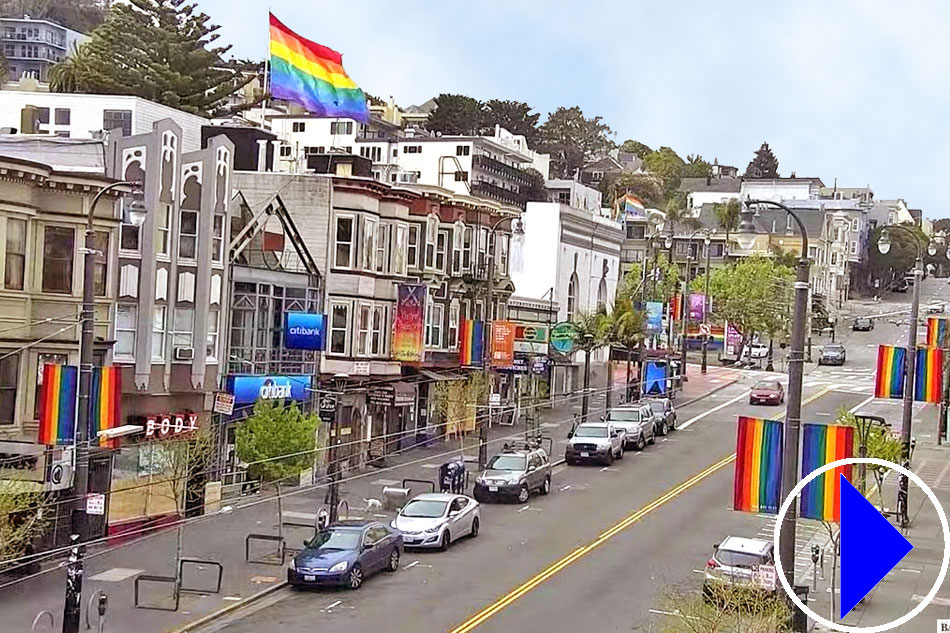 
More info: The Castro District, was originally called Eureka Valley and was an immigrant working-class neighbourhood heavily settled by Scandinavians through the 1920s, followed by the Irish. It gained popularity with San Francisco’s gay community in the 1960s.

Today, Castro District is the historic centre of the LGBT (lesbian, gay, bi-sexual, transgender) community. The vibrant neighbourhood welcomes visitors with bright rainbow coloured flags and banners and popular bars, boutiques and restaurants. Harvey Milk was a political activist in the 60s and 70s at the centre of the gay pride movement. His former headquarters were on Castro Street and his legacy is recalled by the Rainbow Honor Walk, inlaid sidewalk plaques of LGBT heroines and heroes, seen on Castro Street between Market Street and 19th Street.