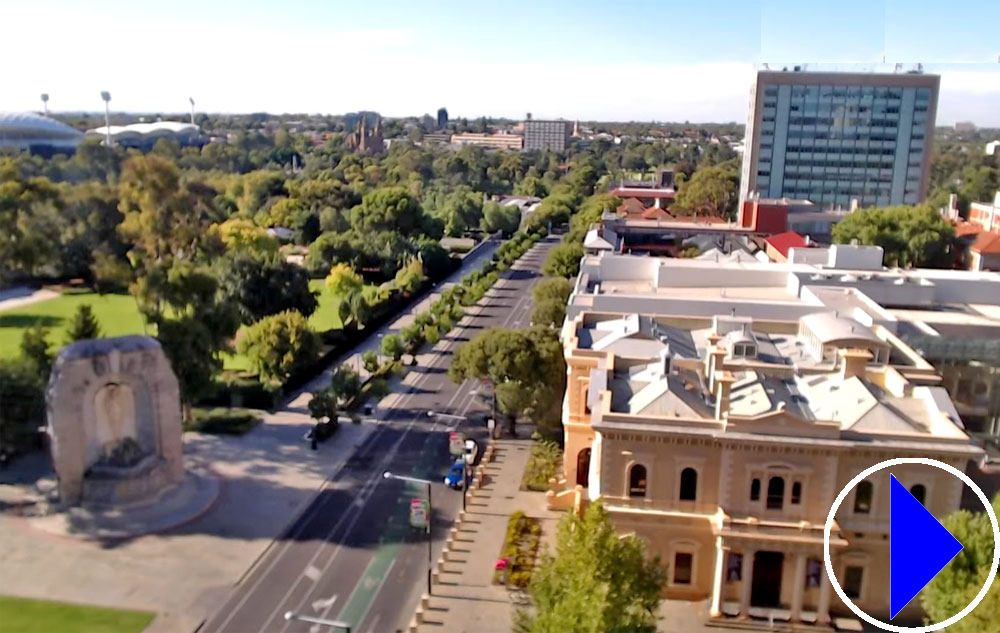 More info: Adelaide is a coastal city and the capital city of the state of South Australia. Adelaide is and the fifth largest city in Australia. It is situated at the base of the Mount Lofty Ranges, 9 miles (14 km) inland from the centre of the eastern shore of the Gulf St. Vincent.

The city was officially named in 1836, after Queen Adelaide who was the wife of the King of England, William IV.

Adelaide is the business centre for South Australia and is a modern city of offices, theatres, cinemas and restaurants. There is a mix of older style buildings and new high-rise buildings. The city is surrounded by parks and the Torrens River separates the city from North Adelaide.

Adelaide's exotic Botanic Garden has the largest and oldest glasshouses in the Southern hemisphere.