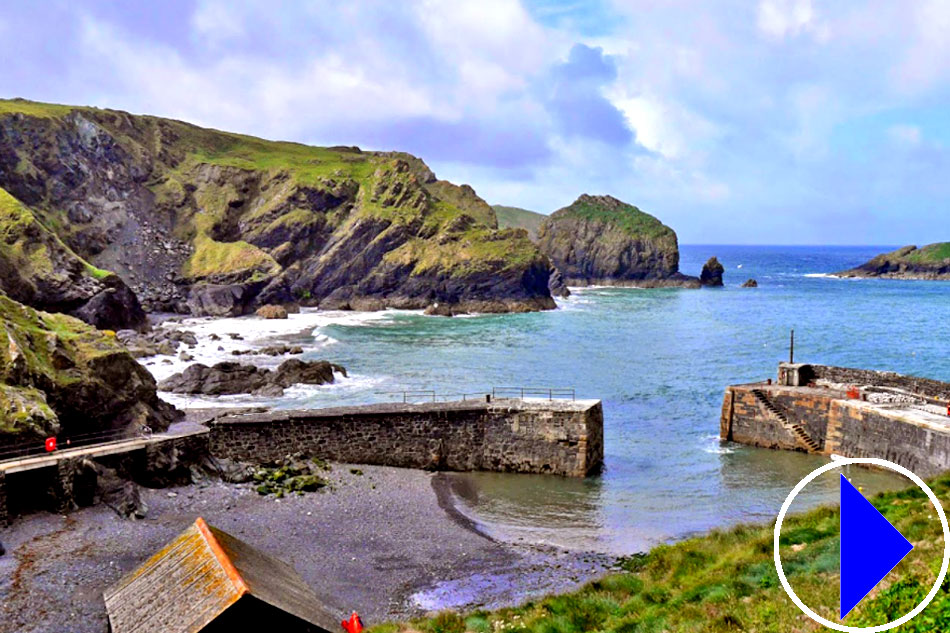 More info: Mullion Cove is approximately 5 miles from Lizard Point which is the most southerly point in the British Isles.

Mullion Cove is a small fishing harbour which was originally built in the 1890s and shelters a small fishing fleet from powerful westerly storms. It is a working harbour owned by the National Trust and visitors may still see the old pilchard cellar and net store. Until the early 20th century Mullion had a thriving inshore pilchard seine fishing industry and was part of the Mounts Bay Fishery. It also had a long history of crab, lobster and crawfish fishing using traditional Cornish methods with locally manufactured withy ( willow strand ) pots.

Mullion cove has a small sandy beach which is mostly covered at high tide. Climbing up the coastal path on either side of the beach leads to the cliff top which has spectacular views. Beyond the granite harbour and towering cliffs there are several islands – the largest being Mullion Island which was formed by volcanic activity. The island s and cliffs are home to large colonies of breeding seabirds.