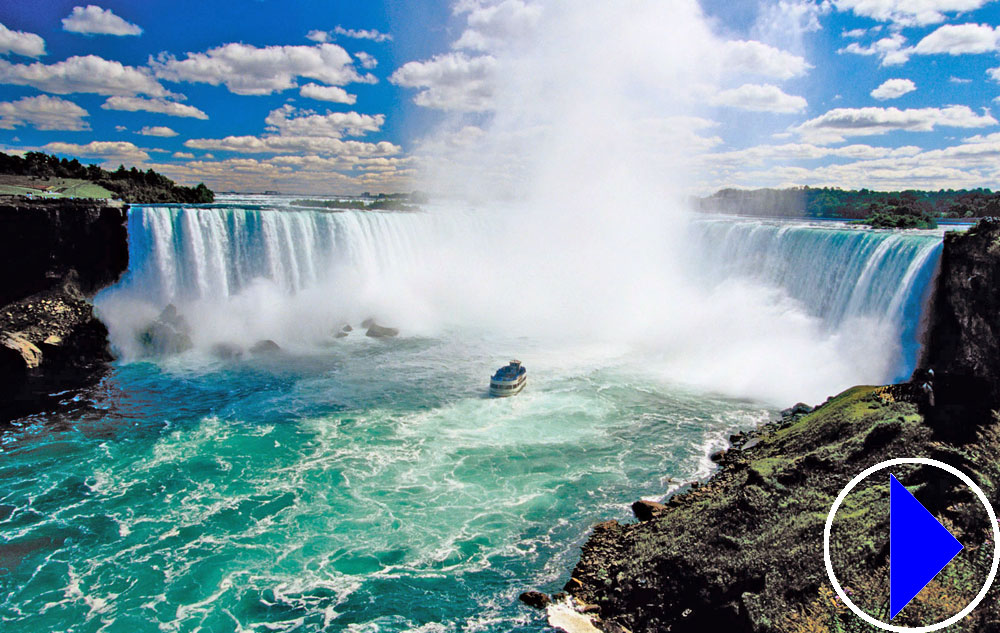 The Niagara Gorge begins at the foot of the falls and ends 7 miles (11 km) downstream at Lake Ontario. Cliffs rise as high as 1,200 feet (366 m), formed by thousands of years of erosion. Horseshoe Falls has a height of about 167 feet (51 m) and stretches over 2,700 feet (823 m) across at its crest. Twenty percent of the worlds freshwater lies in the Great Lakes and most flows over Niagara Falls.

More than 6 million cubic feet (168,000 cubic meters), or about 70 Olympic-size swimming pools, of water go over the falls every minute travelling at a speed of around 25 mph. The deepest point in the Niagara River is just below Horseshoe Falls, at 167 feet (51 m) deep, which is equal to the height of the falls.

Niagara Falls is one of the most famous waterfalls in the world and as well as being a popular tourist attraction, it is a major source of hydroelectric power. Nikola Tesla and George Westinghouse designed and built the first hydroelectric power plant in the world in 1895, providing clean electricity to the growing vicinity. Power was even transported to Buffalo, New York, within a year.