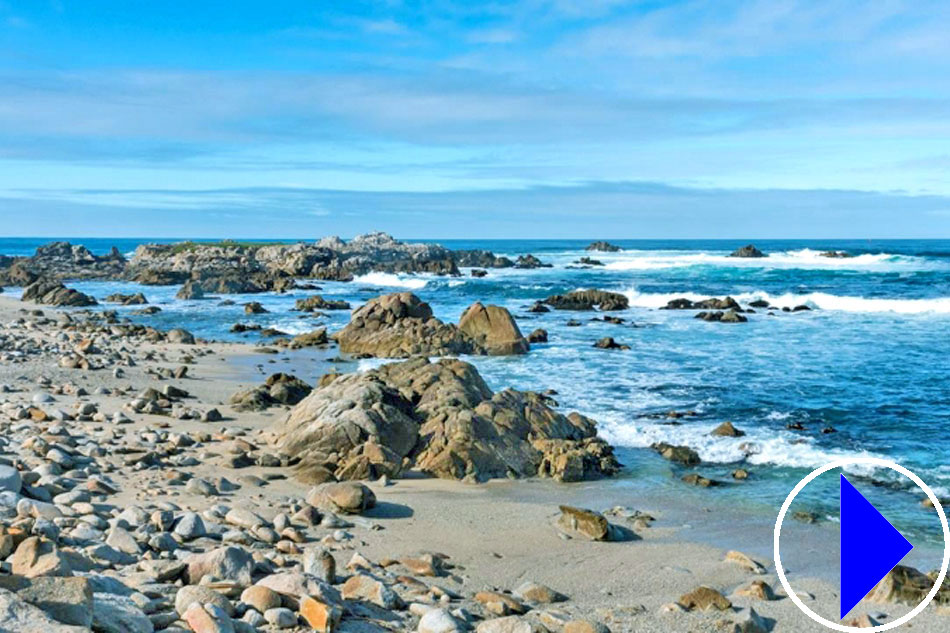 
More info: Monterey Bay is part of the Monterey Bay National Marine Sanctuary, a federally protected marine area offshore of California's central coast. Monterey Bay is home to many species of marine mammals, including sea otters, harbour seals, and bottlenose dolphins; as well as being on the migratory path of gray and humpback whales and a breeding site for elephant seals.

Killer whales are also found along the coast, especially when Gray whales migrate, as they hunt the whales during their migration north. The bay is also home to many species of fish, sharks, mollusks such as abalone and squid, birds, and sea turtles.

Several varieties of kelp grow in the bay, some becoming as tall as trees and forming a kelp forest. The Monterey Canyon, beginning in the centre of Monterey Bay is one of the largest underwater canyons in the world.