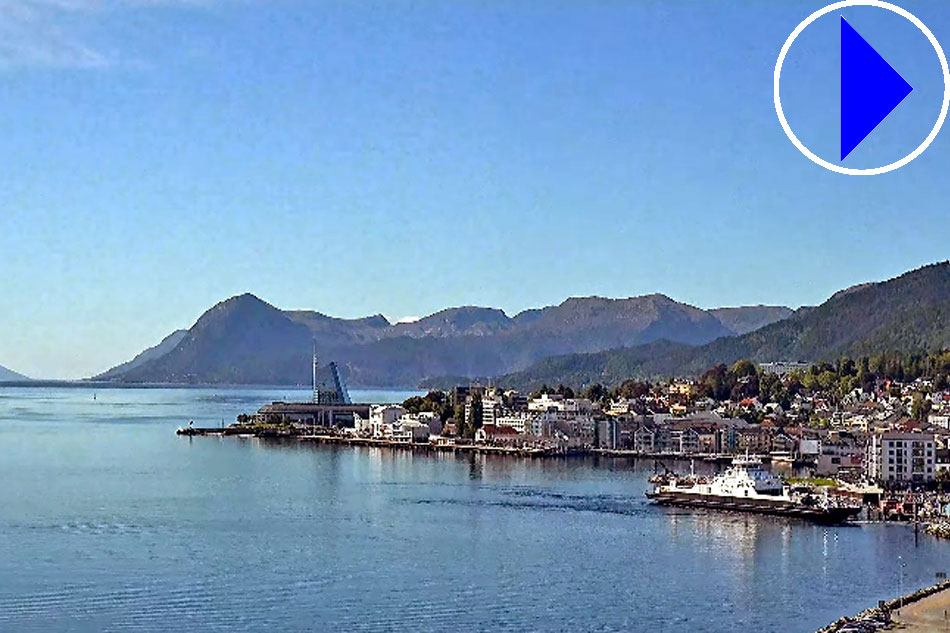 More info: During April 1940, Molde was the temporary home of the Norwegian government after King Haakon, Crown Prince Olav, and members of the government and parliament arrived at Molde on April 23, after a dramatic flight from Oslo. The Norwegian gold reserve was also conveyed to Molde, and was hidden in a clothing factory. German intelligence was well aware of this, and on April 25 the Luftwaffe initiated a series of air-raids.

For a week the air-raid siren on the chimney of the dairy building announced the repeated attacks. April 29 turned out to be the worst day in the history of Molde, as the city was transformed into a sea of flames by incendiary bombs. Until then the church had escaped undamaged, but in the final sortie a firebomb became stuck high up in the tower, and the wooden church was obliterated by fire and two thirds of the city was destroyed.