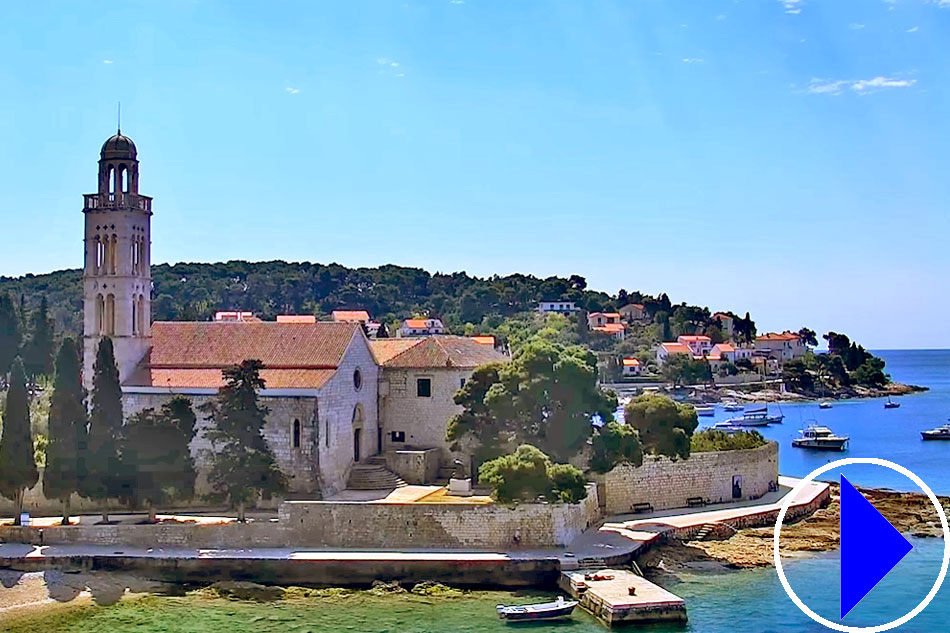 
More info: Hvar is a port and capital on the Croatian island of the same name, located in the Adratic Sea off the Dalmatian coast. The eastern end of Hvar is just 6 kilometres (3.7 mi) from the mainland of Croatia.

The island is best known as a summer resort and Hvar town is the main tourist centre. It features a large public square (St Stephen's Square) that is open to the sea. During the tourist season, the port is filled with large yachts and sailboats and all-night discos attract large crowds of young visitors. The island promotes itself as "the sunniest spot in Europe", with over 2715 hours of sunlight in an average year.

Hvar is also famous for its lavender, that turns whole swathes of land into a riot of colour in early summer and is often called the "island of lavender".

Hvar is also one of the two most famous winemaking zones in Croatia. Vineyards on the southern side of the island are famous for red wines produced from the Plavac Mali grape.

Stari Grad is a town on the northern side of the island. The ancient Greeks founded the colony of Pharos in 384 BC on the site of today's Stari Grad, making it one of the oldest towns in Europe. Stari Grad is the main seaport on the island and most visitors arrive here via car ferries from Split.