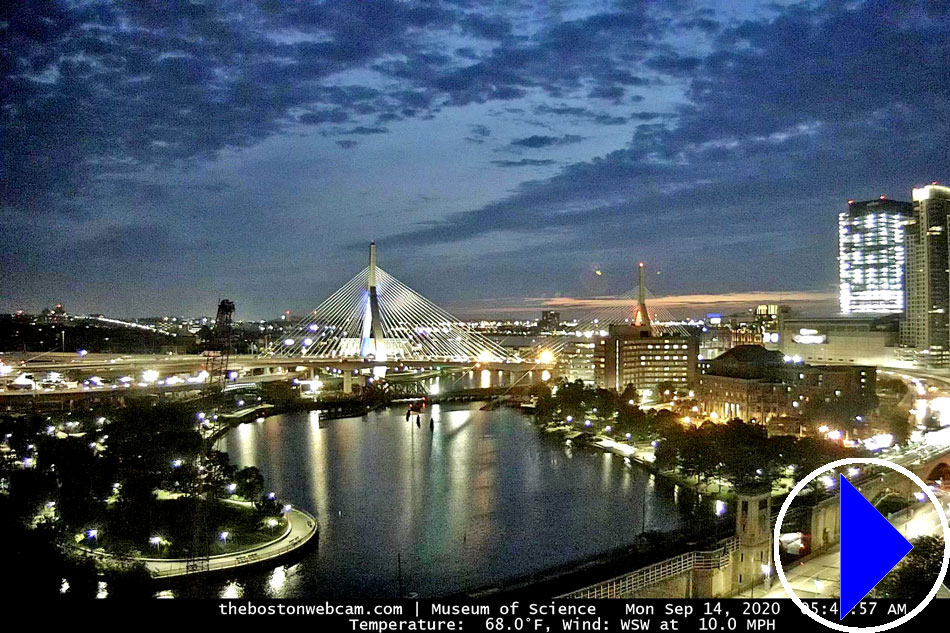 
More info: The Leonard P. Zakim Bunker Hill Memorial Bridge, is one of the widest cable-stayed bridges in the world. The Bridge serves as the northern entrance to and exit from Boston. The Bridge is named after civil rights activist Lenny Zakim and the American colonists who fought the British in the Battle of Bunker Hill.

The two upside-y-shaped towers, are meant to mimic the nearby obelisk-like Bunker Hill Monument and the cables extending from the two towers form massive triangles, emulating the appearance of ships' sails. This is a reminder of the importance of Boston as a shipbuilding center throughout American history.

In 2015 a homeless man, Clifford Beckford, had twice stolen the red beacon off the top of the Zakim bridge. This is no small feat as he had to break in the tower and take the beacon which is 18-inches in diameter and measures 3-feet tall.