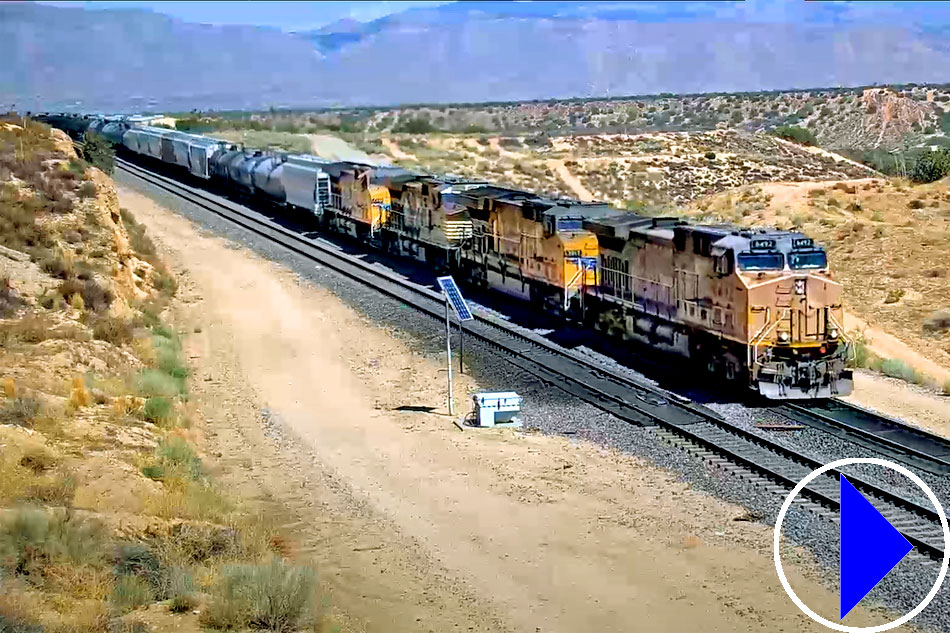 In 1885 the California Southern Railroad opened the first usable and efficient transportation corridor through the region, which later became the Atchison, Topeka & Santa Fe's (AT&SF) main line. The project was directed by William Barstow Strong who out maneuvered Southern Pacific's Collis P. Huntington for access into the Golden State and eventually established service to all of its major cities.

Because of the route's steep grades, the Cajon Pass has been the scene of many runaways, the most famous of which occurred in May, 1989 when a Southern Pacific freight train lost control and hit a residential area of San Bernardino, killing two civilians as well as the engineer and conductor.