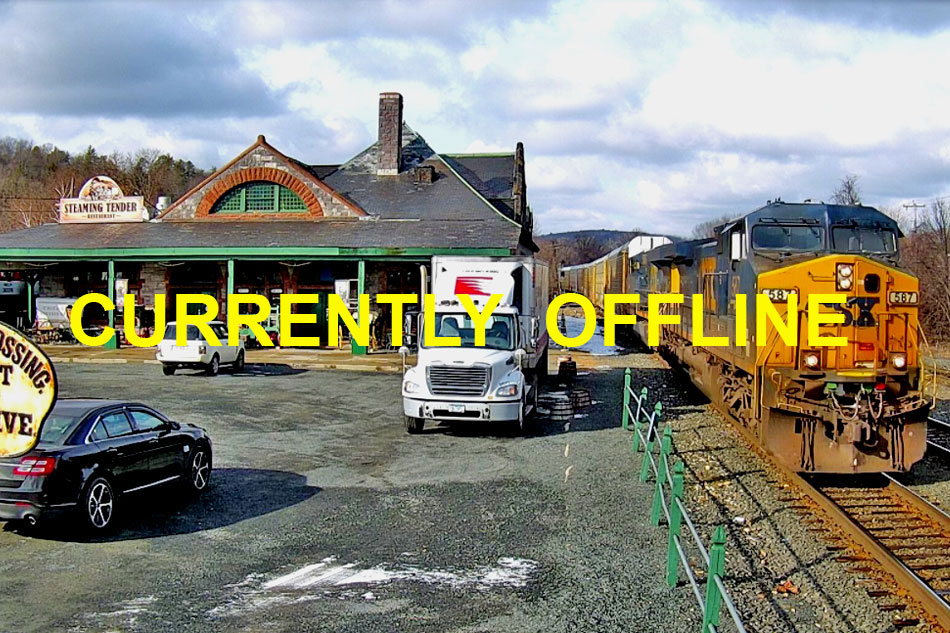 More info: Architect H.H. Richardson was hired by the Boston and Albany Railroad and the New London Northern Railroad in 1881, to design Union Station in Palmer, Massachusetts. The challenging design had to serve both lines as well as replacing the existing stations. It was built by the Flynt Construction Company and built of granite from Flynt's quarry. The grounds of the Palmer railroad station were designed by Frederick Law Olmsted who is best known for designing Central Park in New York City.

Palmer’s Union Station was opened to the public on June 1, 1884. The railroad station reached its peak of activity in the early 1900’s. At that time approximately 30 to 40 trains stopped daily at the elegant station.

Passenger rail traffic steadily declined after World War II, with an increase in the use of cars for short trips and air transport for long distance journeys and as a result many small-town stations had closed by the 1950s. Palmer remained a stop on the Penn Central Railroad until 1971, when Amtrak absorbed all U.S. passenger rail service and closed Palmer’s station.

The only major difference today from the original station is the missing covered platform that was on the Boston & Albany side of the building. Otherwise, the rest of the station still reflects its 19th century appearance. The building is now home to the Steaming Tender restaurant and the railroad-themed restaurant attracts a lot of visitors including railroad enthusiasts.

Today, Palmer is still a major railroad hub, although now it is exclusively freight trains that stop there. The old Boston & Albany line is now operated by CSX, one of the largest railroads in the country. CSX has around 20 freight trains and 4 Amtraks passing through daily. The Central Vermont is now operated by the New England Central Railroad, whose southern division offices are still in Palmer. A third railroad, the Massachusetts Central Railroad, also operates out of Palmer.