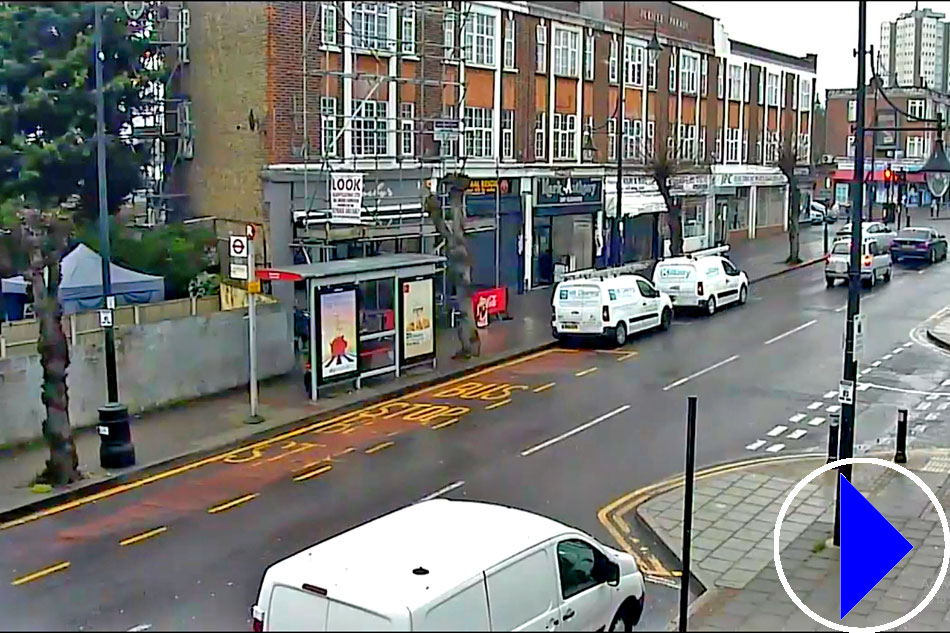 More info: The oldest road through Woodford entered, what was then a village, from the north-east. Coming from Abridge, it crossed the River Roding by a ford, from which the village derived its name, and continued along the western bank, eventually veering south-west towards London. Around the ford, in the area now known as Woodford Bridge, a medieval village grew up. The earliest list of Woodford residents, drawn up about 1235, shows most of the tenants living in this neighbourhood:

From the ford, a way known as 'the Lane' struck westwards for about a mile before turning north towards Chingford. Maud in the Lane (1235) gave her name to a tenement building called Lanes and later, Sakes. From the Sake family the lane became known as Sakes Lane which later corrupted as Snakes Lane