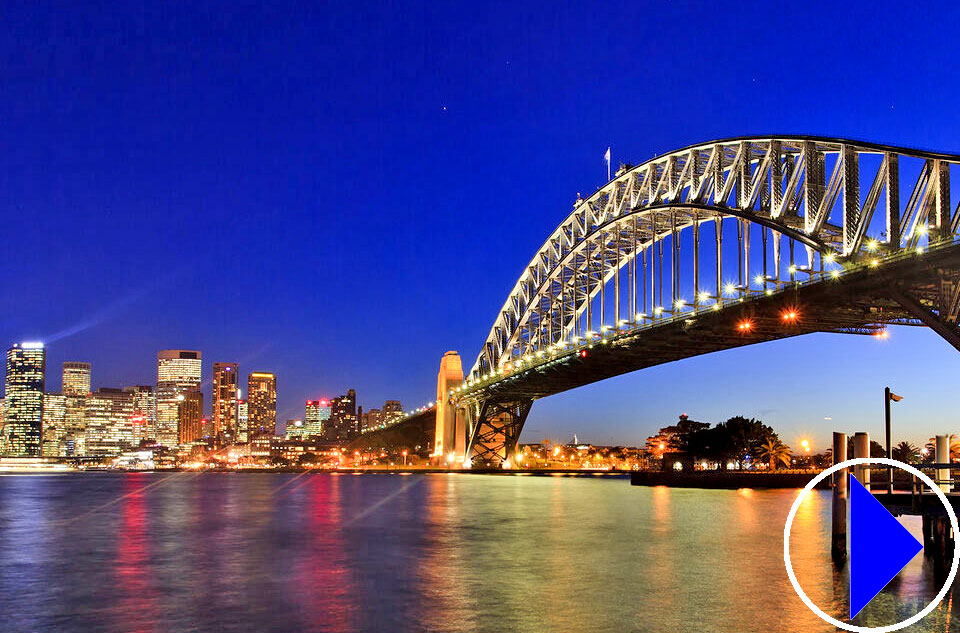 More info: Sydney Harbour Bridge is one of the most iconic landmarks in Australia. It serves as the primary transportation link between Sydney and its suburbs on the northern side of the harbour. It boasts the best views of the Harbour, from Luna Park to the Opera House and on to the Blue Mountains.

The Sydney Harbour Bridge is a steel arch bridge and is the largest of its kind. The famed arch spans 503 meters, which is around 1605 feet. The top of the arch reaches 134 meters, or 439 feet above sea level. The steelwork of the arch alone weighs 39,000 tons and only 21 percent of the steel used, originated in Australia – most of it came from England. The bridge also supports two train lines, eight vehicle lanes, a footway for pedestrians, and a cycleway.

The largest rivet on Sydney Harbour Bridge weighs 3.5kg and is 395mm long. The amount of paint initially required to give the bridge its first 3 coats was 272,000 litres.