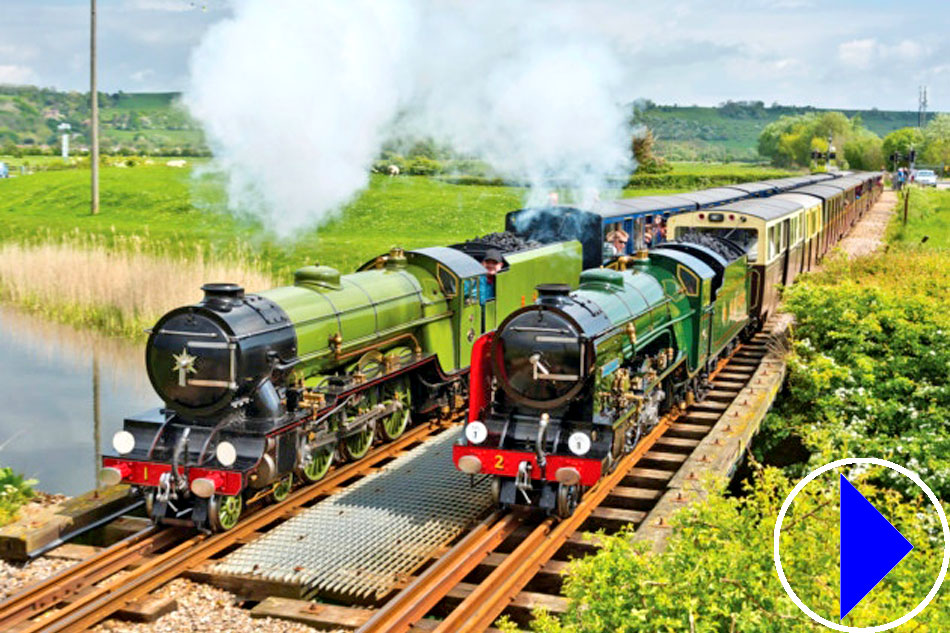 More info: The Romney Hythe and Dymchurch Railway operates the most complete collection of one third full size Steam Locomotives in the world, running on tracks just 15inches apart. There are just over 13 miles of track stretching across the picturesque Romney Marsh from the Cinque Port town of Hythe to Dungeness; one of the largest expanses of shingle in the world & designated as a National Nature Reserve.

The railway played its part in the war when it was requisitioned by the War Department - they even created the only miniature armoured train in the world - and was used extensively during the building of PLUTO (Pipe Line Under The Ocean) which fuelled the Allied invasion force.