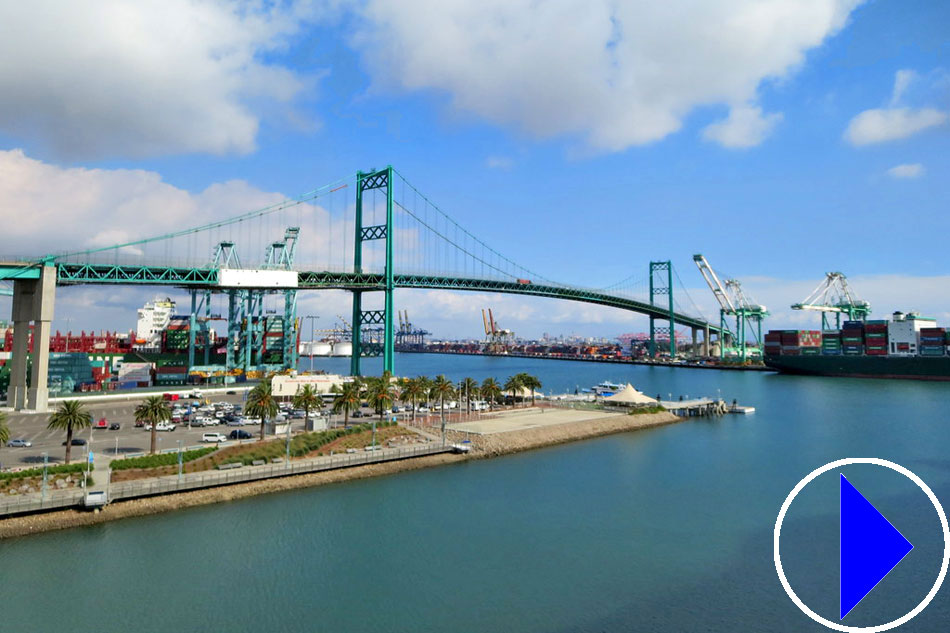 More info: The Port of Los Angeles is located in San Pedro Bay, 25 miles south of downtown Los Angeles. It incorporates 7,500 acres of land and water along 43 miles of waterfront.

The Port of Los Angeles has both passenger and cargo terminals, including automobile, breakbulk, container, dry and liquid bulk, and warehouse facilities that handle billions of dollars worth of cargo each year. The port is the busiest port in the United States by container volume, the 19th-busiest container port in the world, and the 10th-busiest worldwide when combined with the neighbouring Port of Long Beach.

The Port's World Cruise Center, located in the San Pedro District beneath the Vincent Thomas Bridge, has three passenger ship berths transporting over 1 million passengers annually, making it the largest cruise ship terminal on the West Coast of the United States.