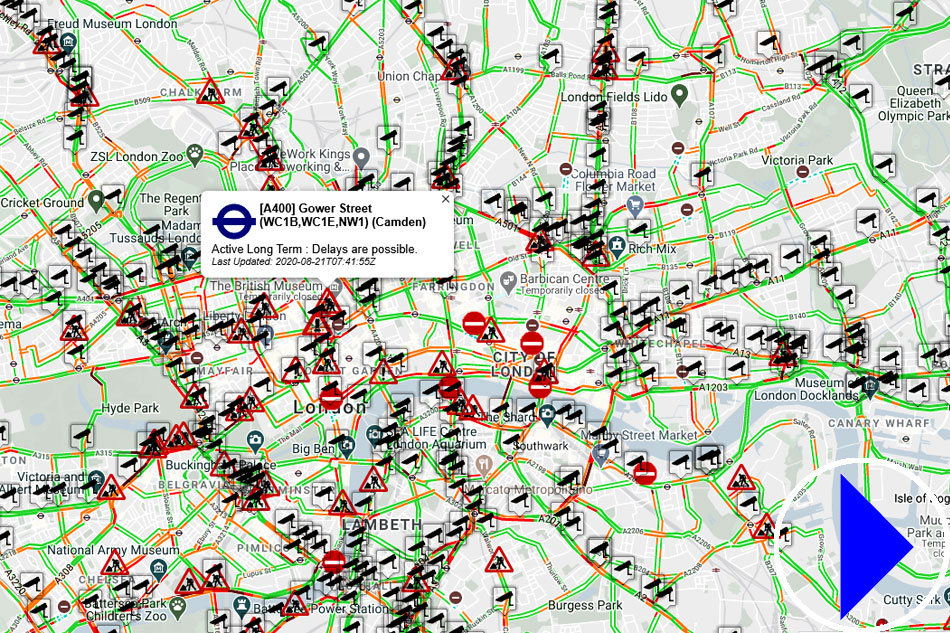 
More info: There are 915 traffic cameras belonging to Transport for London (TfL) which watch over London's busiest roads. Click on a camera to bring up the image of that section of road.

An initial version TfL Jam Cams was created in 2013, by Jason Brooks, to assist his work with the service control of London bus routes. Although Brooks has moved on from the role, this map is still used by his colleagues, within various bus operators across the capital.