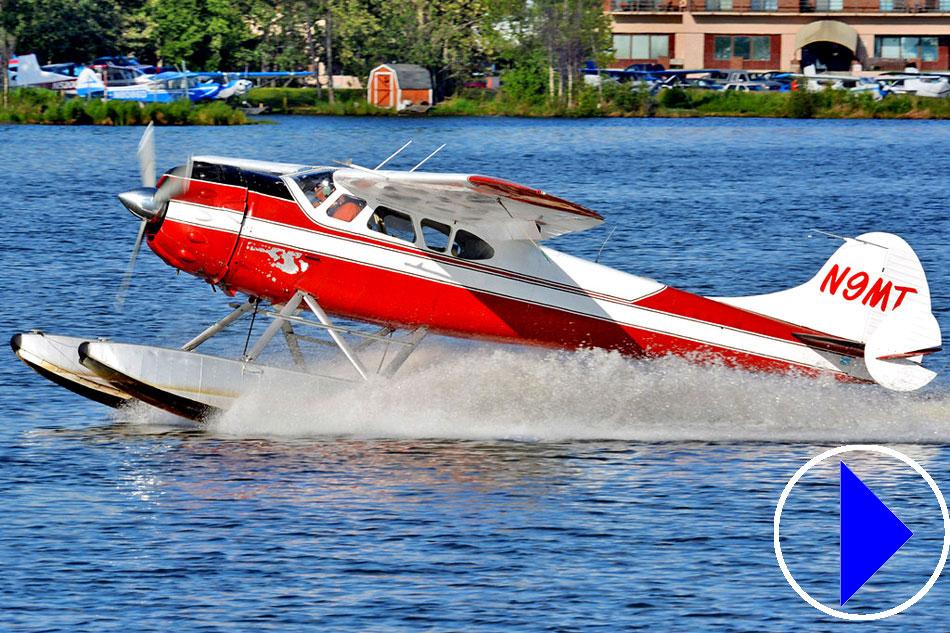 
More info: Lake Hood is the world's largest and busiest seaplane base and the only seaplane base with primary airport status in the United States.

The seaplane base was originally two separate lakes: Lake Hood, to the west, was the original lake base and Lake Spenard, to the east, was for bathing and swimming. In 1940, the canal was dredged out to expand the waterway and create a single body of water. The addition of lights on the island in the middle illuminated the waterway’s night time operations.

Alaska has 400 public use airports, 282 land-based, 4 heliports, 114 seaplane bases, and approximately 747 recorded landing areas (private, public, and military) total. Of course pilots also land on many of the thousands of lakes and gravel bars across the state where no constructed facility exists.