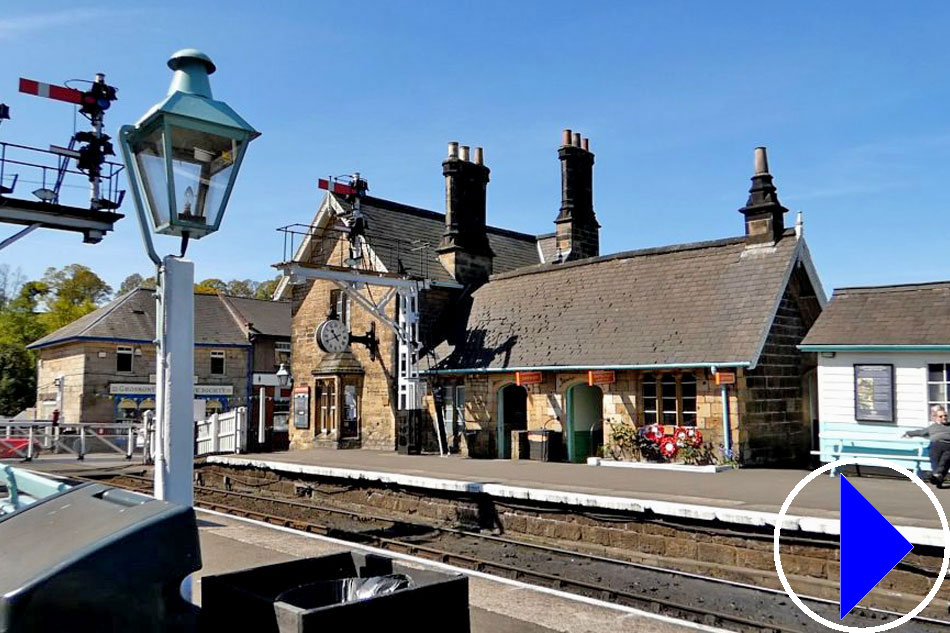 
More info: Grosmont Railway Station is on the Esk Valley Line, which runs between Whitby and Middlesbrough. The station serves the village of Grosmont in North Yorkshire and is owned by Network Rail and managed by Northern Trains.

Grosmont Station is home to the operating and engineering world of the North Yorkshire Moors Railway (NYMR) The engine sheds where the steam and diesel locomotives are maintained and restored are at Grosmont station.

The present station was constructed in 1845, under York and North Midland Railway ownership. The main part of the station closed in 1965 and was re-opened in 1973 by NYMR. Heritage services are operated by NYMR between Pickering and Whitby, daily from Easter until the end of October.