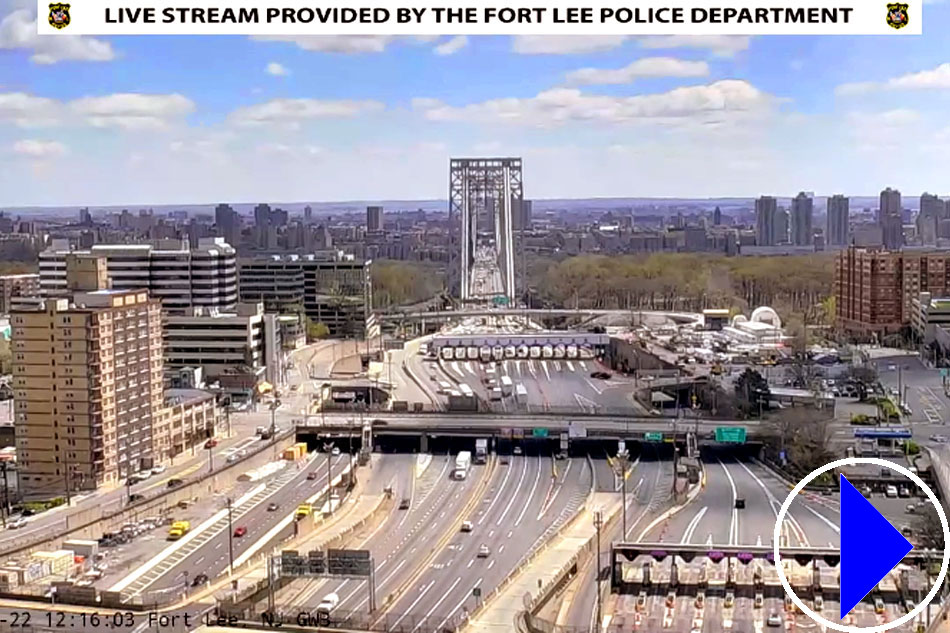 More info: The George Washington Bridge is one of the largest in New York and was designed to provide quick access across the Hudson River from Manhattan to Fort Lee. The bridge is a suspension bridge with 2 levels and a total of 14 lanes.

The six lane bridge was first opened to traffic on October 25, 1931. Due to the increasing volume of traffic, two additional lanes were added in 1946. As the traffic volume continued to grow, on August 29, 1962, the Lower Level was opened. This made the George Washington Bridge one of the world’s busiest bridges and the only suspension bridge in the world with 14 lanes. The span from anchorage to anchorage is 4,760 feet, and the towers are 630 feet high. The width of the bridge is 119 feet with a clearance at mid-span of 213 feet above the water.

Today the George Washington Bridge is the third-longest suspension bridge in the world. The towers have recently been enhanced with at least 400 halogen lights replacing the lights that were used until the 1980s which lit the towers from the ground. The bridge continues to play a dominant role in acting as a major route connecting New York and New Jersey with other parts of the northeast and the rest of the country.

The George Washington Bridge is a towering monument to man’s genius. It has inspired artists and photographers with its massive towers and lighted cables. In 1947 Charles Eduard Jeanneret (Le Corbusier) wrote of the bridge in his book When the Cathedrals Were White, “the most beautiful bridge, it is blessed; it is the only seat of grace in the disorderly city.”