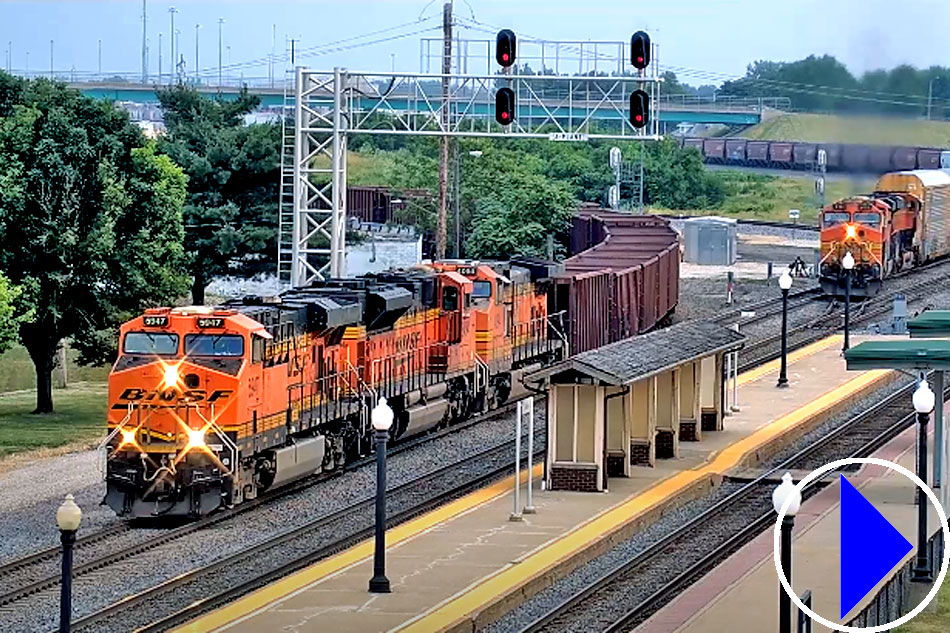 
More info: In 1854, the Chicago, Burlington and Quincy Railroad reached Galesburg and a depot was constructed in the "Five Points" area, near Knox College. It was a wooden structure which was later destroyed by fire, in 1881. A new station was constructed in 1884 which was two stories tall and made of red brick. Soon after the completion of the new depot, the Atchison, Topeka and Santa Fe Railway arrived in Galesburg and a Santa Fe depot was built just blocks away from the CB&Q depot, a depot, which, by the mid-20th century, would see such notable trains as the Super Chief and El Capitan.

Unfortunately the CBandQ depot, despite being built with brick, succumbed to the same fate and was destroyed by fire in 1911. A third building was constructed which opened in 1912. By the early 1980s, a decline in passenger traffic began to put in to question the need for such a large depot. Following a study that stated that it would cost $1.5 million to renovate the building, the building was demolished overnight on May 13, 1983.

In 1984, a one-story Amtrak station was built with funds donated partially by the passenger railroad and the Illinois Department of Transportation.