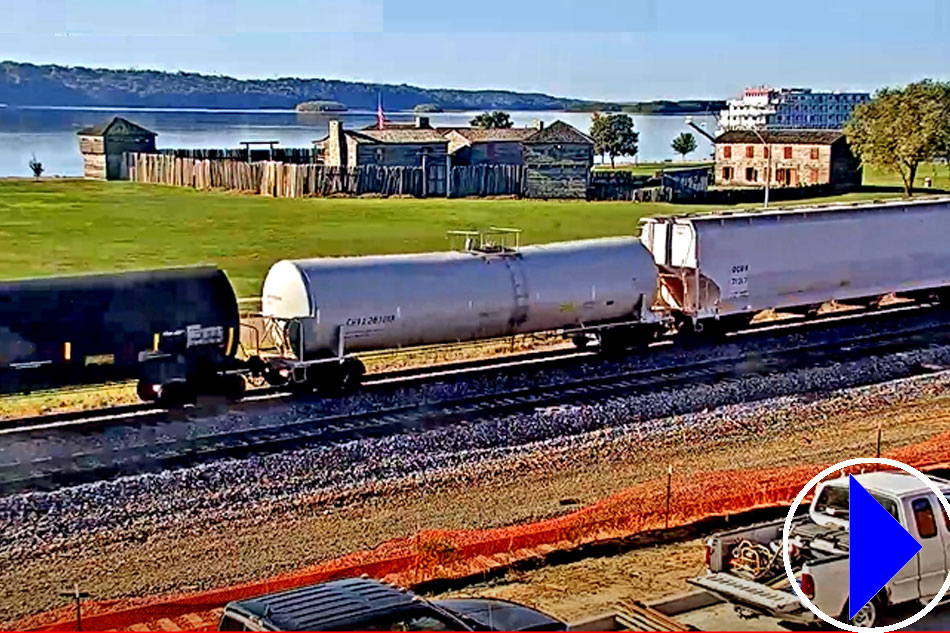 More info: Fort Madison was established as a military post in 1808 and the town became a major rail hub in the late 19th century when the Santa Fe Railway constructed a bridge over the Mississippi River. The bridge opened to rail traffic in December 1887 and Fort Madison subsequently became a major rail center in southeastern Iowa. It was replaced in 1927 with the current Fort Madison Toll Bridge, considered the longest double-deck swing-span bridge in the world. Amtrak’s Southwest Chief crosses it on the way to and from the station two miles to the west.