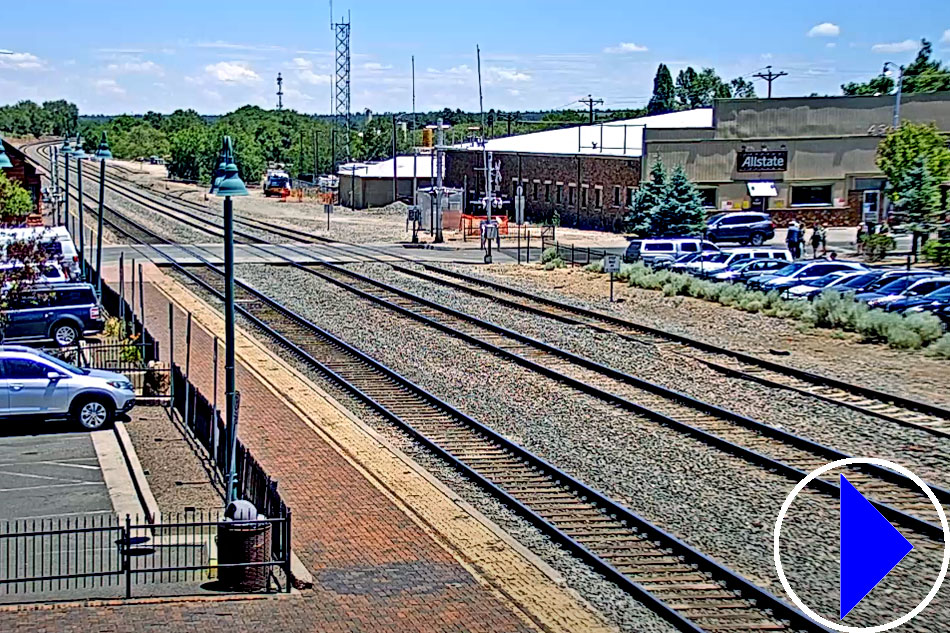 More info: Flagstaff rail station was built in 1926 by the Atchison, Topeka and Santa Fe Railway. The station's elevation is 6,902 feet (2,104 m) above sea level. The Tudor Revival brick building with its cross-gabled roof was designed by one of the railroad’s engineering staff. Flagstaff Rail Station stands at what has historically been one of the busiest railroad corridors for both freight and passenger rail in the United States.

The history of the city of Flagstaff is intertwined with railroad development in the western United States. Originally a town settled in 1876, it grew rapidly from the start due to the east-west expansion of the railroad, which made Flagstaff a desired transit and transport location. The town continued to grow alongside the bustling railroads that ran through its territory and was incorporated as a city in 1928. Today, Flagstaff sits as the county seat for Coconino County.

Flagstaff rail station also serves as the city’s Visitors Centre and is packed full of informational material of, not only the Flagstaff area, but all of Arizona. Across from the Visitors Center is the McMillan Hotel, named after Thomas F. McMillan, the "father" of Flagstaff. The city is a popular visitor destination due to its proximity to Grand Canyon National Park, Oak Creek Canyon and historic Route 66. Flagstaff is home to Lowell Observatory where, in 1930, the former planet Pluto was first observed; Northern Arizona University is also located in the city.