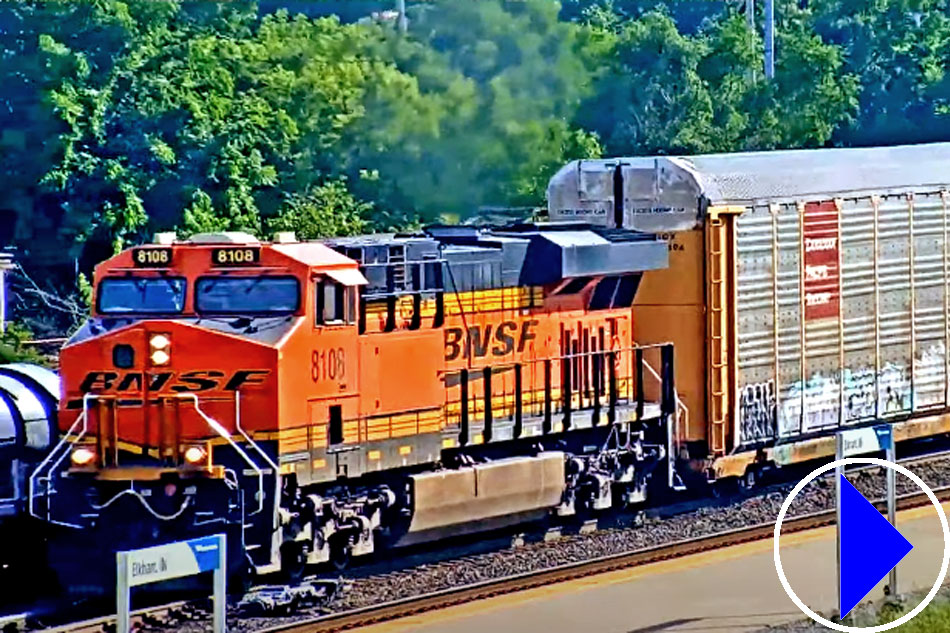 Elkhart station was built in 1900 by the Lake Shore and Michigan Southern Railway. It was originally situated inside colourful landscaped gardens which not only provided an attractive introduction to the city but also gave some buffering from the noise and dirt from the steam engines and freight trains. The station is directly across the tracks from the National New York Central Railroad Museum which was the original freight house.

The station and the railroad were acquired by the New York Central Railroad in 1914. NYC merged with the Pennsylvania Railroad in 1968, and the passenger service was taken over by Amtrak in 1971.