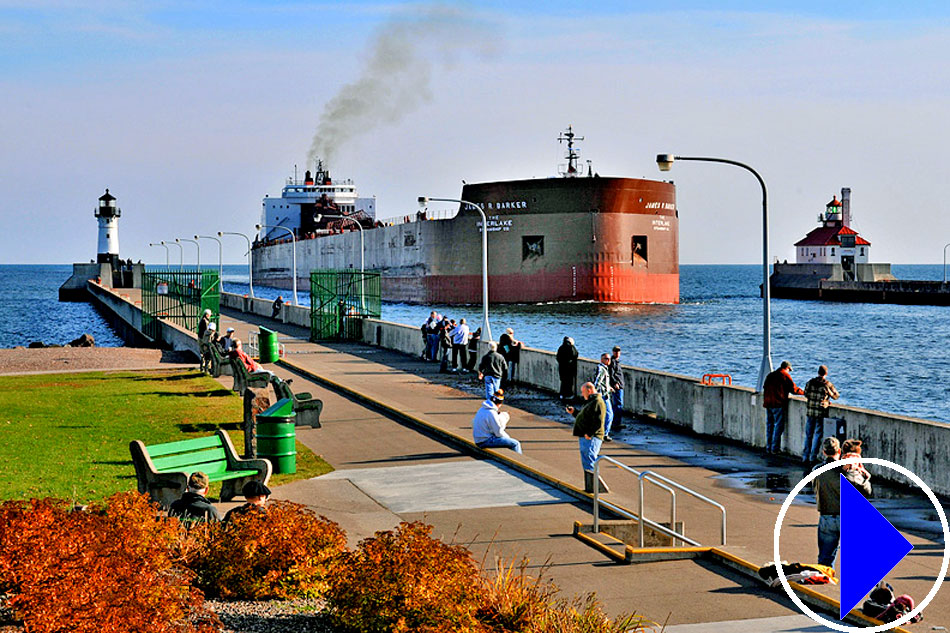 
More info: The Duluth Ship Canal was completed in 1871 and is a man-made canal which provides direct access from Lake Superior to Duluth harbour. It is situated across the north end of Minnesota Point, a natural sand breakwater that is approximately 8 miles long. The Point separates Lake Superior from a narrow bay, which is known as Allouez Bay, at the southeast end and Superior Bay for the remainder. The northwest portion of Superior Bay is designated as Duluth Harbour.

The harbour end of the canal is straddled by the Duluth Aerial Lift Bridge which connects Minnesota Point to the rest of the city. On the north side, there is a building housing the local Corps of Engineers administration, as well as the Lake Superior Maritime Visitor Center. There are no locks on the canal and most ships transit the canal under their own power. This canal provides a vital link for the commercial and industrial shipping of the region. Duluth is the largest port on the Great Lakes, mainly transporting coal, iron ore, and grain