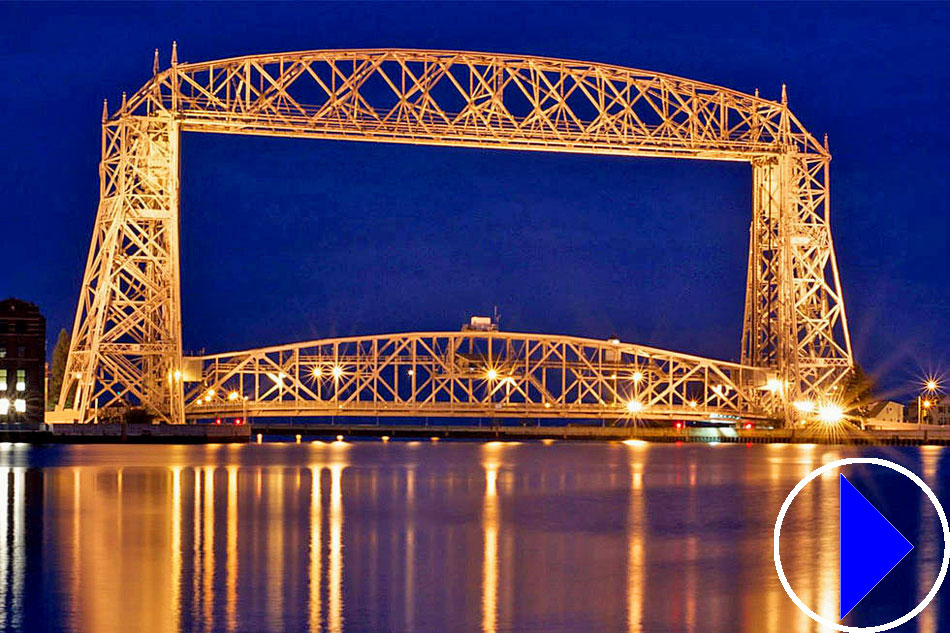 More info: The Duluth Aerial Lift Bridge is located on Lake Avenue and spans the Duluth Ship Canal, which connects the city of Duluth with Minnesota Point at the western tip of Lake Superior.

When the Duluth Bridge is raised it has a clearance of 180 feet above the water. The span is 386 feet and it weighs approximately 900 tons. The Duluth Bridge is operated 24 hours a day, and in the busy seasons of spring and summer, the bridge averages 26 lifts a day. The span is raised either half-way (for small vessels) or to the top of the structure to allow massive freighters, primarily transporting iron ore, coal, and grain, through the Duluth Ship Canal. There are two 450 ton concrete block weights on each end, lifted by electronic pulleys to raise and lower the bridge. Power is primarily electric from storage batteries charged by generators.

When large ships enter the canal it is customary to blow their horn with a sequence of "long-short-short" it is a friendly salute to the Port of Duluth from the ships captain and is responded to by the lift bridge operator with the same sequence.