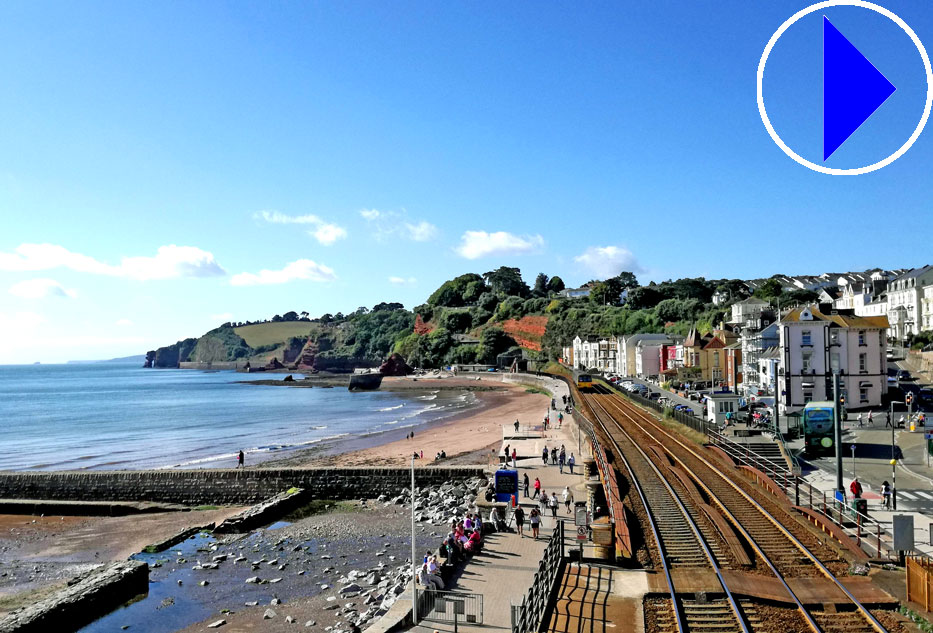 More info: Dawlish railway station is adjacent to the beach near the gardens at the centre of the town. Trains travelling to Dawlish station, pass along the east coast of Devon, going over the Colonnade Viaduct and through a network of tunnels cut into striking red cliffs.

Dawlish station is built on the sea wall, which has not been without its hazards - it has suffered storm damage over the years, most recently in 2014 when the wall was breached and the rail line had to shut for several weeks.

The present station building at Dawlish, opened in 1875, but rail originally arrived in Dawlish in 1846, which started the town's transition from a small fishing village to a thriving Victorian seaside resort. The coast remains its key attraction today, with the beach just a two-minute walk from the station.