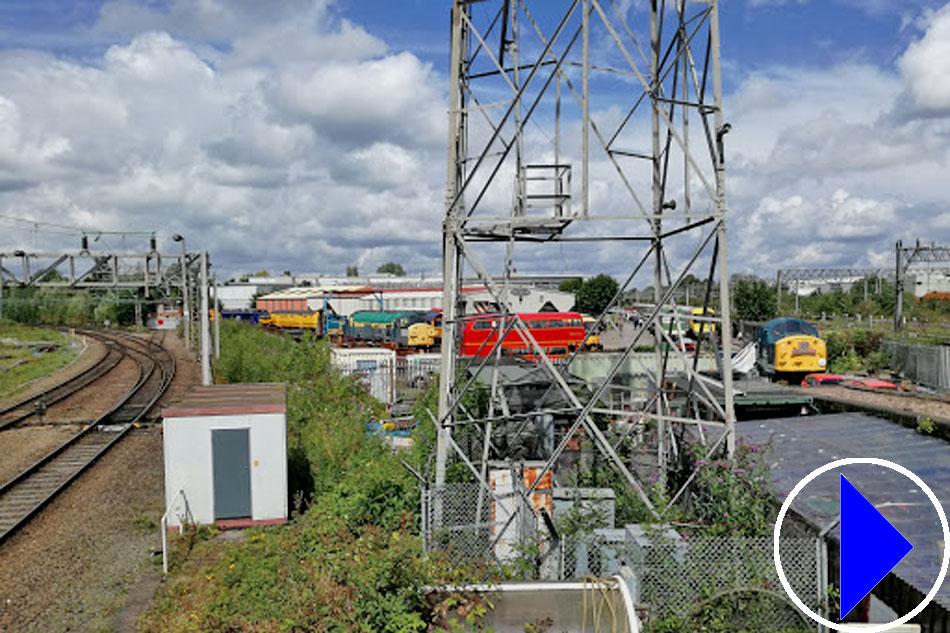 More info: Crewe Heritage Centre has exhibits including the only surviving APT-P train, miniature railways, three open signal boxes (Crewe Station A, Crewe North Junction and Exeter West) and a varied collection of standard gauge steam, diesel and electric locomotives, as well as occasional visiting locomotives. The Main Exhibition Hall features many artefacts and exhibits associated with Crewe, from its locomotive and carriage construction to its famous junction railway station.

Crewe Railway Station is one of the largest train stations in the northwest and a major junction on the West Coast Main Line where six routes converge. Crewe station has twelve platforms and around 23 trains pass each hour connecting to the major cities across the UK. It has services from London Euston, Birmingham, Edinburgh, North Wales and Holyhead, Bristol and South Wales. There are local services to Manchester Piccadilly, Chester, Liverpool Lime Street and Derby.

Crewe Railway Station opened in 1837. It was the first station to have its own adjacent railway hotel - the Crewe Arms Hotel, built in 1838 and now a Grade II Listed building.

During World War II the strategic presence of the railways and the Rolls-Royce engineering works, which was then involved with producing aircraft engines, made Crewe a target for enemy air raids. It was also in the flight path to Liverpool. Thirty five civilians were killed in air raids - the worst raid was on 29 August 1940 when some 50 houses were destroyed, close to the station.