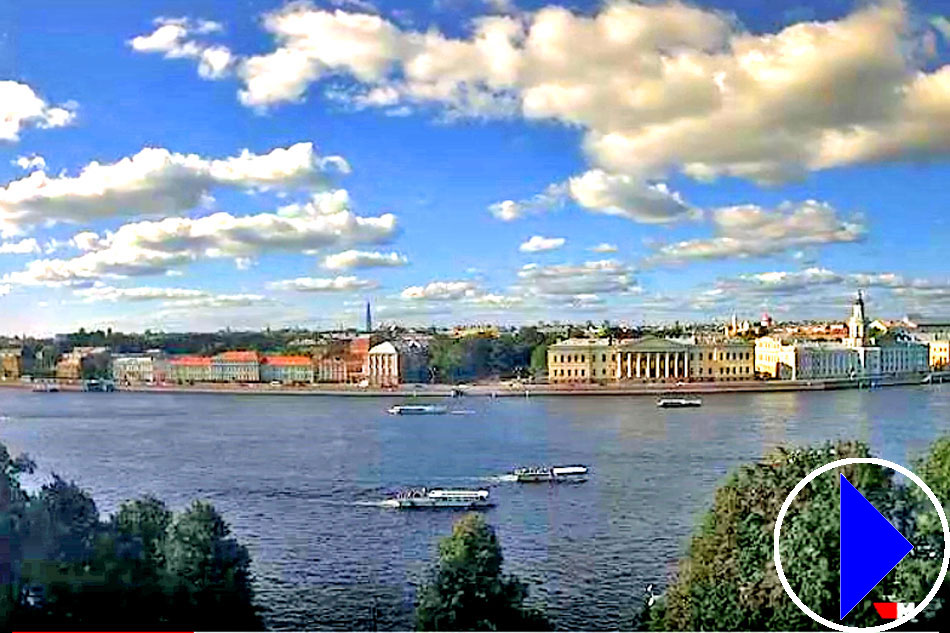 Live Webcam at the Neva River in St Petersburg

More Info: The Neva River is the main waterway of St. Petersburg and the city is situated along its banks and across the islands of its broad delta. It is one of the largest rivers in Europe by volume of water and also one of the world's shortest major rivers at only 74 kilometers. The Neva connects Lake Ladoga, the largest lake in Europe, to the Baltic Sea

At the beginning of the 20th century, electric trams rode over the frozen Neva and the river was traditionally used for skating. Today, if it is a particularly warm winter the Neva does not freeze completely and ships and pleasure boats are still able to sail on the river and its channels even in December. In summer, the river is used by hundreds of boats transporting tourists and visitors on excursions.