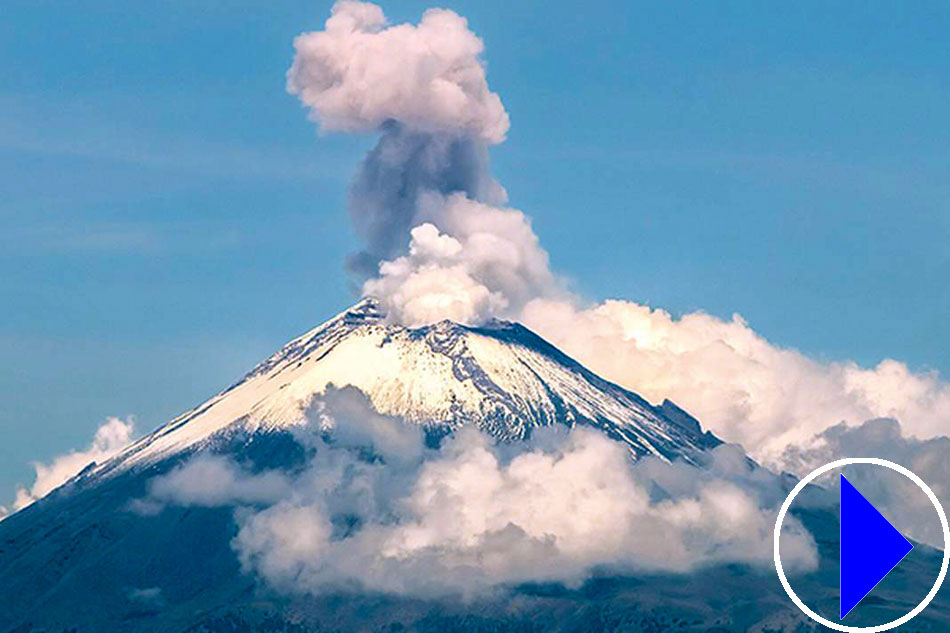 More info: Popocatépetl is an active stratovolcano, located in the states of Puebla, Morelos and Mexico, in central Mexico, and lies in the eastern half of the Trans-Mexican volcanic belt. It is 5,426 m high which makes it the second highest peak in Mexico, after Citlaltépetl. The volcano is cone shaped with a diameter of 25 km (16 mi) at its base.

The name Popocatépetl means "smokey mountain" in the indigenous Náhuatl language. Popocatepetl is one of Mexico's most active volcanoes. After almost 50 years of dormancy, it came back to life in 1994 and has since then been producing powerful explosions at irregular intervals.

The first Spanish ascent of Popocatépetl is thought to have been made in 1522 by Hernán Cortés’s men, who needed to acquire sulfur for the manufacture of gunpowder.