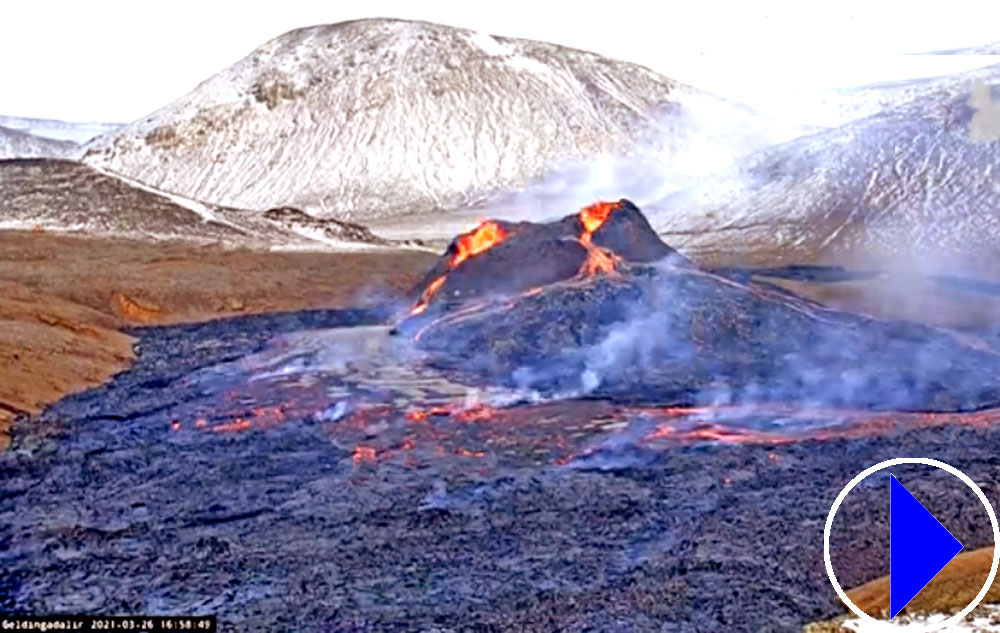 More info: A fissure eruption opened in the Geldingadalir valley on Friday night, March 19, 2021. It is the first known eruption on the Reykjanes peninsular in around 800 years.

The eruption at Geldingadalir may be a shield volcano eruption, which may last for several years. It can be seen from the suburbs of the capital city of Reykjavík and has attracted a large number of visitors both local and international. It has also attracted scientists from around the world, angling for a first hand reading on a new volcano. However, high levels of volcanic gases such as carbon dioxide and carbon monoxide make parts of the area inaccessible.

Initially, scientists predicted the volcano would erupt for a matter of days or weeks. This was quickly proven wrong as its flow grew stronger and stronger. It continues to expand daily and rapidly