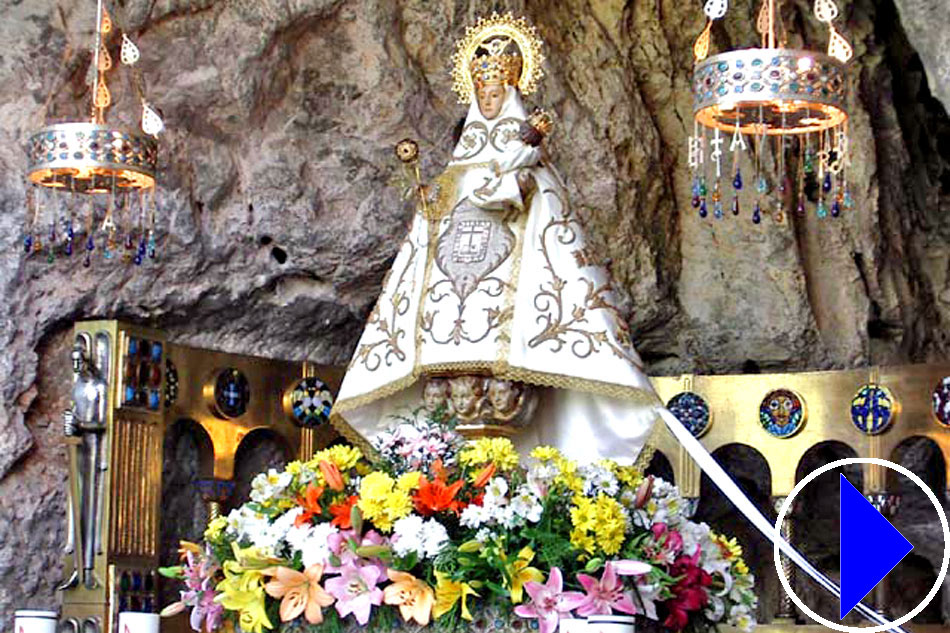 Live Webcam at the Sanctuary of Covadonga - Spain

More info: The Sanctuary of Covadonga is a cave in the Picos de Europa mountains and is an important reference site for visitors and pilgrims from all over the world.

The village of Covadonga is noted as the reputed site of the defeat of the Moors in the Battle of Covadonga (c. 718–725) by Pelayo, the first Christian king of Asturias. The battle traditionally marks the beginning of the Christian reconquest of Spain. Victory at Covadonga and the subsequent rout of the retreating Moors secured the independence of Asturias. This ensured that one small part of Iberia remained under Christian control.

The cave is where Pelayo and his followers reputedly took refuge from battle and contains the tombs of the king and his wife and sister, as well as the small Chapel the Virgen de las Batallas. The chapel has been frequently destroyed and restored, most recently after the Spanish Civil War (1936–39).