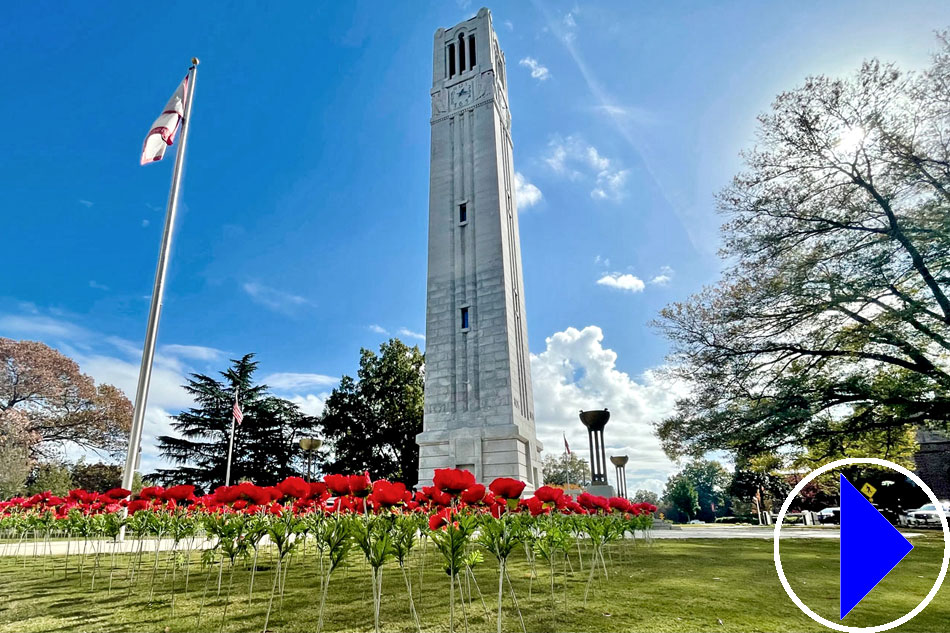 Live Webcam at the NCSU Belltower

More info: The North Carolina State University Memorial Belltower was built to honour the sacrifice of NC State alumni who lost their lives to military service in World War I. The space at the towers base is called The Shrine Room and contains a plaque listing the names of the fallen.

The Memorial Belltower is one of NC State’s best-known symbols and among its most Hallowed Places as well as a popular rallying point for the campus community.

The Belltower is constructed from 1,400 tons of granite quarried at Mount Airy, North Carolina,[7][1] and rests on a 700-ton square concrete base. The Belltower is illuminated with red floodlights on commemorative days such as Memorial Day and Veterans Day and for celebrations such as academic and sports achievements.