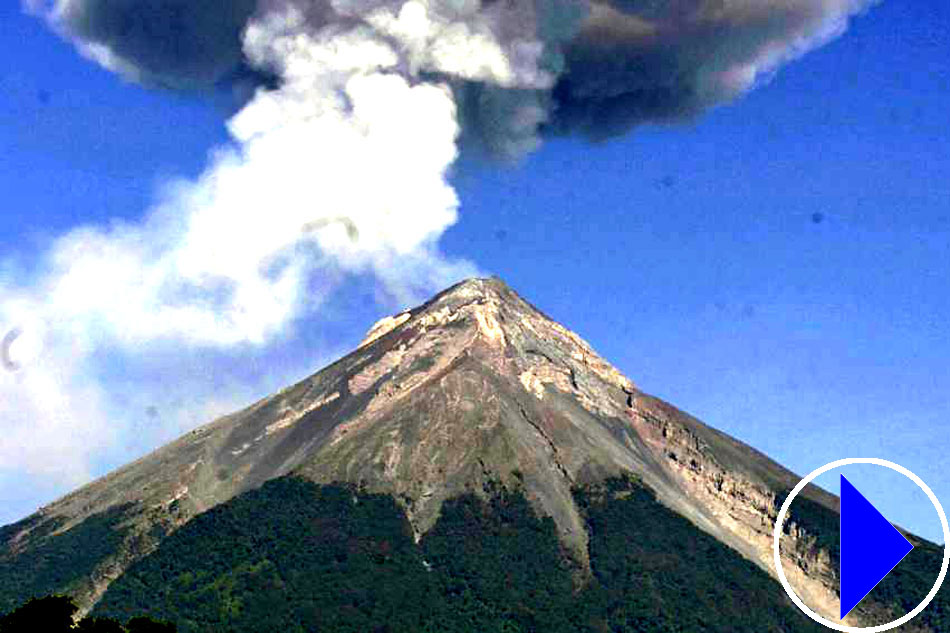 
More info: The Volcan de Fuego is famous for being almost constantly active at a low level. The volcano has small gas and ash eruptions around every 15 to 20 minutes, but larger eruptions are rare.

Beginning in 2002, the volcano entered a new active period, with more or less continuous activity, interspersed with monthly eruptive episodes which would often send ash falling on populated areas within 20kms and lava flows of about 1 to 2 kms from the summit.
On 3 June 2018, the volcano suddenly produced its most powerful eruption since 1974. Large pyroclastic density currents ( hot gas and volcanic matter ) were produced that over-topped the barranca boundaries they had previously been confined to and unexpectedly hit El Rodeo, Las Lajas, San Miguel Los Lotes, and La Reunión villages in Escuintla. It resulted in towns being buried and killed many of the surprised residents.