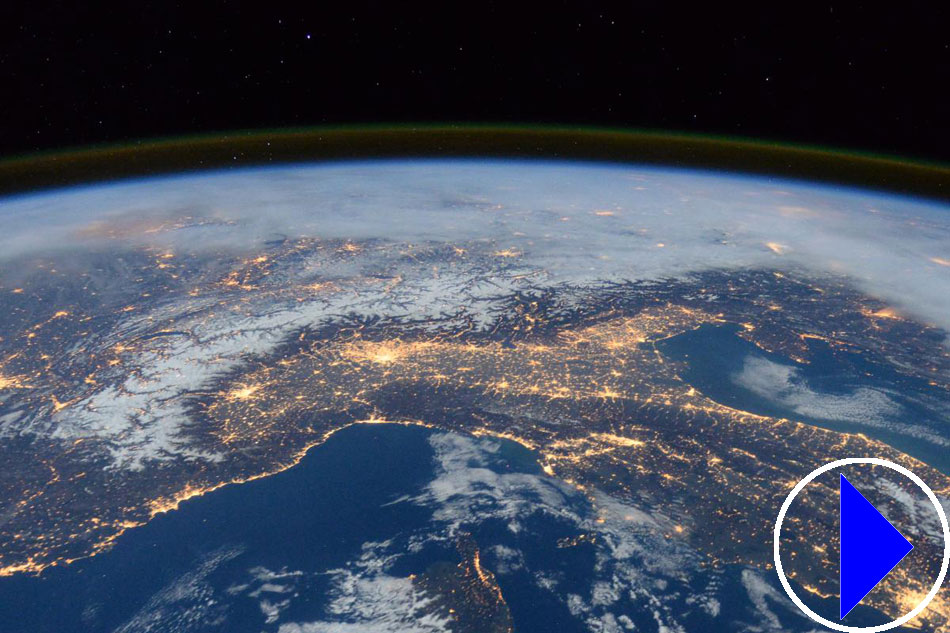 More info: The International Space Station - ISS - circles the earth at 240 miles above the planet, on the edge of space in low earth orbit.

These are REAL images of Earth as seen from the ISS. This is a mix of live and pre-recorded footage. When the images are live you will see 'LIVE NOW' on the top left of the video. As the Space Station passes into a period of night every 45 mins the live view is unavailable - during this time, and other breaks in transmission, recorded footage is shown .

The bottom left of the screen shows images taken by astronauts on ISS. Bottom middle is the live ISS tracker. Bottom right is the second feed, it shows pre recorded footage and live images when the big screen is live.